How Europe's Aster Missile Defense Stacks Up Against the Patriot Missile 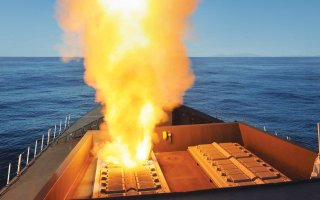 Here's What You Need to Know: In around a half-dozen tests, Asters have shot down a diverse spectrum of targets including supersonic sea-skimming cruise missiles.