Japan has Developed a New Tactic for Handling China's Navy 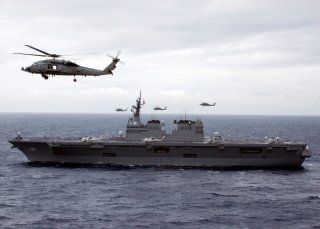 Key point: The new missile is years away from front-line service, but already is causing controversy, Mainichi explained. “Some legislators in the Diet have pointed out that acquisition of the new capabilities could ‘make it possible for the [Self-Defense Forces, i.e. the Japanese armed forces] to directly attack other countries' territories’ and ‘deviate from Japan's exclusively defense-oriented policy.’"

David Axe serves as Defense Editor of the National Interest. He is the author of the graphic novels  War Fix, War Is Boring and Machete Squad. This article is being reposted due to reader interest.