Missiles Will Determine a Future Conflict Between America, Russia, and China 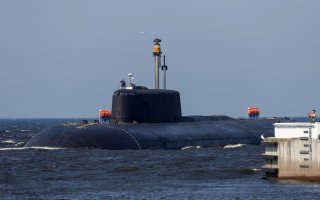 Here's What You Need to Remember: Land-based missile batteries can threaten ships dozens or even hundreds of miles away.

On July 12, 2018, the USS Racine met her grisly fate. The 522-foot long tank landing ship was struck by four different types of guided missiles, one of which triggered a massive explosion that sent shards of debris spraying across the sea and ripped open part of her hull, exposing the inner decks. Finally, a Mark 48 torpedo struck the forty-six-year-old vessel beneath the waterline and nearly snapped off her bow. An hour later, the five-thousand-ton ship sank to the bottom of the Pacific Ocean fifty-five miles north of Hawaii.

This article first appeared in 2018. It is being reprinted due to reader interest.