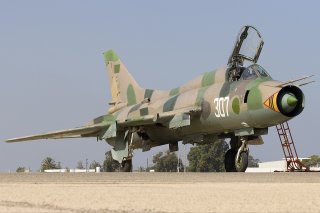 Here's What You Need to Know: In the 2000s, Iran’s domestic aerospace industry made rapid gains and soon proved it could repair a wide range of old, foreign-made warplanes in addition to crafting new models (and at least one dramatic fake). In 2012, state industry began work on the surviving Su-22s, now numbering 35.