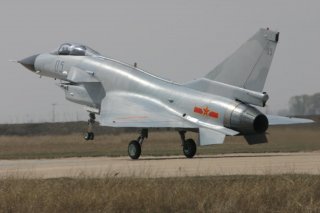 Here's What You Need To Remember: Israeli involvement in the J-10 appears to have begun at around the same time that China first opened diplomatic relations with Israel in January 1992 . . . Israeli contractors were engaged to provide the aerodynamic and structural outlines for the J-10. The Israeli influences on the J-10’s design are unmistakable: a close-coupled, canard-delta arrangement; a single-engine fighter featuring a ventral engine inlet; twin ventral strakes; and an area-ruled fuselage.