Will There Be a European Counterpart to the THAAD? 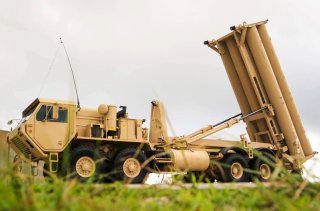 Here's What You Need to Remember: Currently, Canada and Switzerland are weighing purchasing the Aster versus the Patriot. Azerbaijan is also rumored to have purchased land-based Asters, and Turkey has reached a preliminary deal to study license-building the Aster missile.

This article first appeared in September 2019 and is being republished due to reader interest.