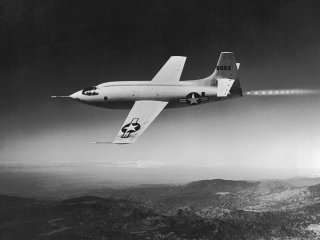 Here's What You Need to Remember: These three planes demonstrated that it was possible to break the sound barrier and integrate tilt-rotor designs onto planes.

Though an improvement on the earlier attempts at vertical takeoff planes, the X-18’s wide wing could not be rotated during high wind conditions, as it acted like a large sail and could cause the airframe to tip over. Though ultimately unsuccessful, the X-18 provided valuable insight into tilt-rotor designs and contributed to the V-22 Osprey design—now the backbone of the Marine Corps and Navy’s logistics chain.

The Plane that Changed the World: Meet the Bell X-1