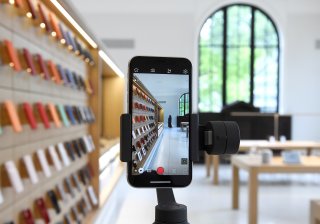 Apple will hold an event, called “Time Flies,” next Tuesday, September 15. However, the event, according to various reports in recent days, will not feature the company’s newest lineup of iPhones, and rather will focus on a new line of Apple Watches and possibly a new iPad. This year’s lineup of iPhones will likely arrive at a separate event, probably in late September or early October.

Apple’s CFO said on its earnings call at the end of July that “last year we started selling new iPhones in late September, this year we expect supply to be available a few weeks later.”

So what do we know about this year’s lineup of iPhones?

There have been all sorts of reports from the supply chain over the course of the last year, which have stated different things. The consensus, though, is that there will be four models, all will have OLED screens, and all will have 5G capability, in a first for Apple’s phones. The type of 5G capability will differ, with only one likely to offer millimetre wave technology, and only in a handful of countries, including the United States.

It’s unclear what the pricing will be for the devices, or what they will be called. If going by 2019’s conventions, the devices will be named the iPhone 12, iPhone 12 Max, iPhone 12 Pro and iPhone 12 Pro Max. In terms of design, a small design change is expected for at least some of the iPhones, with flat edges likely to be used rather than curved ones.

There were also reports in the spring that this year’s iPhone would come without earbuds or a charger, although that has not been confirmed.

“Across the board we are seeing an uptick around production and pent up demand for the slate of iPhone 12 models (expecting 4 new models) set to be launched in the early to mid October timeframe,” analyst Daniel Ives of Wedbush Securities wrote in his most recent Apple note, earlier this week. “While the launch and 5G smartphones hitting the shelves will be in October, we continue to believe the official virtual unveiling of this linchpin product launch will be in late September with an announcement out of Cupertino in the next few weeks.”

Last year’s iPhone 11, which was released at a lower price point than the equivalent device the year before, was the highest-selling smartphone in the world in the first half of 2020, according to Omdia’s Smartphone Model Market Tracker. That iPhone’s 37.7 million units sold more in the first two quarters of the year than tripled the amount of the second-most popular device, Samsung’s Galaxy A51.