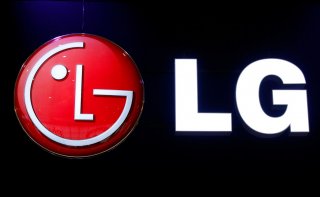 Now with Vizio and Xiaomi dipping their toes into the exclusive OLED universe, LG Display is looking to reverse the financial losses that were largely brought on by the ongoing global coronavirus pandemic.

The newly introduced 65-inch OLED TV offerings from both companies retail between the $1,800 and $2,000 range. These two releases have boosted the number of OLED TV makers to nineteen globally.

Because of the coronavirus pandemic, LG Display has suffered financially due to lower OLED panel demand, as the Korean tech giant has endured net losses totaling more than 1 trillion won ($833 million).

Lee Soon-hak, an analyst at Hanwha Investment & Securities, said he expects to see greater profitability in next quarter’s earnings report.

“(LG Display) will succeed in turning around … boosted by an increase in sales of OLED panels for TVs and smartphones,” he told the Korea JoongAng Daily.

To help further accelerate the recovery, Lee pointed toward the planned operation later this month of a new OLED production line in China, and added that he has witnessed growing OLED panel demand in the North American market.

The pandemic postponed the ambitious plan to start mass production at the new Chinese line, which has the capacity to manufacture up to 90,000 large-size OLED panels per month.

“The operation has been delayed because we had difficulties bringing local staff to the plant due to the coronavirus,” Suh Dong-hee, the chief financial officer at LG Display, said in a recent conference call.

Other analysts have noted that there should also be rising demand for plastic OLEDs, which are often used for smartphones and infotainment screens in vehicles.

LG Display also recently announced a new strategy to eventually transform into what it calls a “display solution” provider that entails taking on a much larger role—such as suggesting and implementing novel applications using its next-gen panel technology—rather than simply being a display manufacturer.