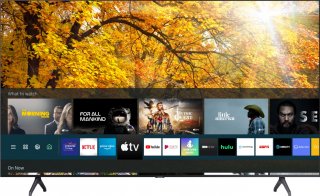 Suddenly, the exclusive OLED market is getting pretty crowded.

On the heels of Vizio revealing its OLED set this week, Xiaomi has now joined the party, with the Chinese electronics giant primed to unveil a new 65-inch ultra-high-end OLED TV that’s part of the TV Master Series.

Not to be outdone, the set also boasts a quad-core A73 custom processor for smart capabilities and will come with support for all HDR formats. Although it hasn’t been confirmed yet, there’s even talk of an NFC remote control.

As for the price point, there is speculation that it could be anywhere from $1,400 all the way up to $2,300. For reference, the 55-inch B9 Series from LG is currently retailing for $1,300, and Vizio’s new OLED panel is also in that similar range.

When electricity passes through these pixels, which number in the millions in these TVs, they light up in different colors. The advantage is that OLED pixels can remain completely dark to produce deeper true blacks.

OLED TVs also use additional white light to manufacture even more varied colors, which make for images that are more diverse, richer and more accurate. Moreover, keep in mind that OLEDs can be designed slimmer and are more environmentally friendly because they use less energy than the competition that depends on backlighting.

Samsung, however, is already looking beyond what today’s top panels can offer. The world’s biggest TV maker has committed $11 billion over the next five years to a new factory in Asan, South Chungcheong Province, that will focus chiefly on QD-OLED hybrids, which aim to cull the best qualities of the two high-end panel technologies.

The other new tech from Samsung and others is MicroLED that boasts many of the same picture-quality strengths as the QD-OLED hybrid but with no danger of burn-in. MicroLEDs seek to tap into next-gen emissive LED tech that makes use of miniaturized LEDs.