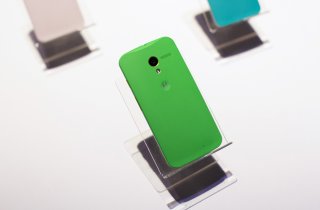 Back at the dawn of the smartphone era, two of the leading brands were Motorola and Palm. Motorola made some of the first smartphones, including the Droid, which was the first major challenger to the iPhone. Palm made the Palm Pilot, a pre-smartphone gadget, and later entered the smartphone business with such gadgets as the Palm Pre.

Now, both brands are owned by Chinese companies. And both took something of an unorthodox route to their current ownership.

Motorola, for instance, was (and is) an American company, whose history dates back to the 1920s. In the early twenty-first century, Motorola’s name was everywhere from mobile phones to cable boxes to wireless transmission stations.

In 2011, early in the smartphone era and at the height of the popularity of the Droid brand, Motorola announced that it was splitting into separate companies: The mobile and set-top box business was named Motorola Mobility, with the remaining business taking the name Motorola Solutions Then, in 2012, the Motorola Mobility side was acquired by Google for $12.5 billion, with Motorola Solutions remaining an independent company.

The move was seen at the time as a move into hardware for Google, which is also the company behind the Android operating system, while the acquisition of patents belonging to Motorola was also seen as crucial to the deal.

In the years since the 2014 deal in which Lenovo bought Motorola Mobility, Motorola has effectively replaced Lenovo’s Android smartphone business, as the company has revived various popular Motorola phones of the past, including the Moto, RAZR and the Droid. The company also put out its first 5G phone, the Motorola Edge, in 2020.

Palm took a similar path, from brief acquisition by a tech giant to Chinese ownership.

Palm started as Palm Computing in 1992 and was acquired in U.S. Robotics Corp, which was itself bought by 3Com in 1997, although 3Com spun Palm off as a publicly-traded company in 2000. After a merger with another subsidiary, Handspring, the company became PalmOne.

Originally, the company was known for the Palm Pilot, and launched one of the first smartphones, the Palm Trio 700w, in 2006. It then developed a new operating system called webOS, and a new smartphone, meant to compete with the iPhone, called the Palm Pre.

In 2010, Palm was acquired by HP for $1.2 billion. HP then released webOS products, including the HP TouchPad and a new Pre, but just months after they were announced, the products were discontinued.

After those products were stopped, HP made the webOS software open source and ended up selling webOS, in 2013, to LG, where it formed the basis for that company’s TV operating system.

As for Palm, that trademark and intellectual property was sold in 2014 to Chinese manufacturer TCL. The first new Palm device of the TCL era was released in 2018, with the backing of NBA star Stephen Curry, who both endorsed the device and invested in the new Palm venture, per Fast Company.

“This is a brand-new startup, which has borrowed the original company’s name and at least some of its ethos,” the Fast Company piece said. “Its debut product, the device Curry has affixed to himself, is itself known as the Palm. It resembles a smartphone, makes calls, and runs Android apps, but it’s remarkably diminutive—more like a few stacked credit cards than the Hershey bar–size handsets of today.”

While the 2018 device was developed by a new Silicon Valley-based entity called Palm Ventures Group, that group was backed by TCL.

USA Today reviewed the new Palm device when it hit the market in 2018.

“There’s something to be said, I suppose, for the . . . digital minimalism Palm is practicing here, and the device certainly works as advertised,” the review said. “But as long as your megasized regular handset remains in the picture, even if it need not be with you all the time, then I think Palm and Verizon face a tall challenge persuading you to invest in a smartphone understudy.”