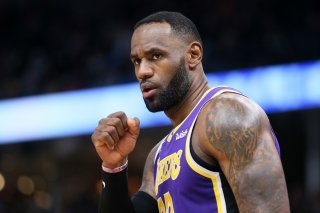 As many have already heard by now, the NBA will resume the 2019-20 season on July 31. For those of you waiting for baseball to begin, that’s a bit trickier, as the owners and the players’ union seem to be in a stalemate.

So, it looks like there is still over a month before we can start enjoying the NBA again, but in the meantime, there are plenty of awesome sports documentaries that can help you pass the time.

You can find many of these titles on Amazon Prime Video, Netflix, ESPN and others. To help you settle on some great content to start, here are five to consider.

Considered one of the greatest soccer players of all time, Diego Maradona is also one of the most controversial athletes out there. Maradona in Mexico doesn’t try to paint a rosy picture of this iconic sports figure, but the film really aims to pinpoint what makes him tick. By following his one-season spell as the manager of Dorados de Sinaloa, a Mexican second-division team, we can get a glimpse of the man who Maradona really is.

Just released on ESPN, Be Water is a new Bruce Lee documentary that does a marvelous job in showcasing the intricacies of the late actor and martial arts great. The viewer will get a better sense of where Bruce Lee started from, the unfair treatment he received in Hollywood and why he continues to be a powerful figure today.

In Icarus, filmmaker Bryan Fogel sets out on a journey to uncover the truth about doping in sports. His chance meeting with a Russian scientist quickly turns his straightforward story into more of a geopolitical thriller. Fogel eventually finds himself taking on a key role in exposing state-sponsored doping in Russia.

All or Nothing: NFL

As it stands now, there’s a pretty good chance that the NFL season will start on time. But that doesn’t mean you can’t enjoy some offseason football action. Across five seasons, All or Nothing: NFL follows a different NFL team each season and reveals all of the ups and downs. The clubs currently featured are the Arizona Cardinals, Los Angeles Rams, Dallas Cowboys, Carolina Panthers, and most recently, the Philadelphia Eagles.

Killer Inside: The Mind of Aaron Hernandez

Killer Inside explores the tumultuous life of the former NFL player, analyzing the forces in his life that could have driven him to violence. The documentary intensely follows Hernandez’s murder trial, conviction and subsequent death by suicide. There’s also an insightful look into the posthumous finding that Hernandez suffered from a brain condition caused by repeated head trauma.

Ethen Kim Lieser is a Minneapolis-based Science and Tech Editor for The National Interest.