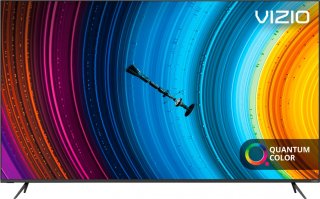 Earlier this week, Vizio announced that it would be joining the exclusive OLED market this fall with its own 55- and 65-inch OLED HDTVs.

This news was indeed well-received by avid gamers who have been waiting patiently for years for a more affordable OLED panel for their gameplaying needs.

Yes, we’ve already seen that LG’s 55-inch B9 Series is similarly priced, but that panel doesn’t really check off all the boxes for next-gen gaming. LG’s more-expensive CX or BX Series might be a better fit because they support both FreeSync and G-Sync, which can help with eliminating screen tearing and stuttering. The end result is a noticeably smoother gameplay—no matter how graphics-intensive the games are.

For next-gen gaming, it appears that Vizio’s OLED sets could be on par with the higher-end LG OLED models. Considering that the highly anticipated next-gen PlayStation and Xbox gaming consoles will likely be launched in the coming months, showcasing such capabilities to gamers seems to be a smart marketing move.

Vizio’s OLED TV is powered by the IQ Ultra processor, which taps into next-gen AI and machine learning to deliver improved colors and details. It also supports the much-coveted HDMI 2.1, along with HDMI eARC, and is also compatible with HDR10, HDR10+, Dolby Vision and HLG.

Perhaps the biggest advancement is the new ProGaming Engine, which does a wonderful job in improving graphics at up to a refresh rate of 120Hz. There’s no question that it should be able to handle judder-free any of today’s graphics-intensive game thrown at it.

One particular area that Vizio seems to have focused on is input lag—or the amount of time between the moment a command is entered on a controller and the moment it’s registered on the screen. Know that a shorter input lag can do wonders in boosting the overall immersive gameplay experience.

Keep in mind that both OLED models—featuring tiny 4mm bezel that provides amazing edge-to-edge picture—are expected to hit a peak brightness in the neighborhood of 800 nits.

And as with all OLED panels, be aware that there’s always that small chance that image retention or burn-in could become an issue.