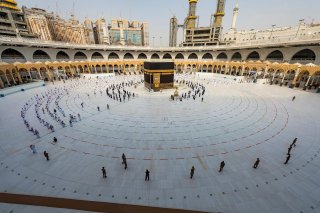 Ex-Muslims are publicly flaunting their rejection of Islam as never before: a steamy tell-all memoir tops the country’s best-seller lists. One video (with 1.5 million views) shows a copy of the Koran ripped into pieces; another video shows a woman in a bikini cooking and eating bacon; and blasphemous cartoons of Muhammad.

Beyond such provocations, ex-Muslims work to change the image of Islam. Wafa Sultan went on Al Jazeera television to excoriate Islam in an exalted Arabic and over thirty million viewers watched the video. Ayaan Hirsi Ali wrote a powerful autobiography about growing up female in Somalia and went on to author high-profile books criticizing Islam. Ibn Warraq wrote or edited a small library of influential books on his former religion, including Why I am Not a Muslim (1995) and Leaving Islam: Apostates Speak Out (2003).

Behind these individuals stand Western-based organizations of ex-Muslims that encourage Muslims to renounce their faith, provide support to those who have already taken this step, and lobby against Islam with the knowledge of insiders and the passion of renegades.

Together, these phenomena point to an unprecedented shift: The historically illegal and unspeakable actions among Muslims of open disbelief in God and rejection of Muhammad’s mission has spread to the point that it shakes the Islamic faith.

To non-Muslims, this shift tends to be nearly invisible and therefore is dismissed as marginal. When it comes to Arabs, Ahmed Benchemsi notes, Westerners see religiosity as “an unquestionable given, almost an ethnic mandate embedded in their DNA.” The Islamist surge may have peaked nearly a decade ago but the eminent historian Philip Jenkins confidently states that, “By no rational standard can Saudi Arabia, say, be said to be moving in secular directions.”

To help rectify this misunderstanding, the following analysis documents the phenomenon of Muslims becoming atheists. The word “atheist,” along with the organization Ex-Muslims of North America, in this case, refers to Muslims “who adopt no positive belief of a deity,” including “agnostics, pantheists, freethinkers, and humanists.” Atheist emphatically does not, however, include Muslims who convert to Christianity or to any other religion.

Two main factors make it difficult to estimate the number of ex-Muslim atheists.

First, some of them prefer to stay within the bounds of Islam to retain a voice in the religion’s evolution and especially to participate in the fight against Islamism, something they lose on leaving the faith. There is a phenomenon whereby Muslims “make a tactical decision not to break with religion completely, presenting themselves as secularists, ‘progressive’ Muslims or Muslim ‘reformers.’ They feel more can be achieved by challenging oppressive religious practices than by questioning the existence of God, since they are unlikely to be listened to if they are known to be atheists.”

The path of reform, however, is fraught with dangers. The eminent Egyptian authority on Islam, Nasr Abu Zayd, insisted he remained a Muslim while his opponents, perhaps motivated by financial considerations, deemed him an apostate. His foes succeeded in both annulling his marriage and forcing him to flee from Egypt. Worse, the Sudanese government executed the great Islamic thinker Mahmoud Mohammed Taha as an apostate.

Second, overtly declaring oneself an atheist invites punishments that range from ostracizing to beating, to firing, to jailing, to murder. Families see atheists as blots on their honor. Employers see them as untrustworthy. Communities see them as traitors. Governments see them as national security threats. The idea of an individual atheist as a threat seems absurd, but authorities realize that what starts with individual decisions grows into small groups, gathers force, and can culminate in the seizure of power. In the most extreme reaction, the Kingdom of Saudi Arabia promulgated anti-terrorist regulations on March 7, 2014, that prohibit “Calling for atheist thought in any form, or calling into question the fundamentals of the Islamic religion on which this country is based.” In other words, free thinking equates to terrorism.

Indeed, many Muslim-majority countries formally punish apostacy with execution, including Mauritania, Libya, Somalia, Yemen, Saudi Arabia, Qatar, the United Arab Emirates, Iran, Afghanistan, Malaysia, and Brunei. Formal executions tend to be rare but the threat hangs over apostates. Sometimes, death does follow: Mubarak Bala, was arrested in Nigeria and disappeared for his blasphemous statements. In a case that attracted global attention, Iranian Supreme Leader Ayatollah Khomeini called on freelancers to murder Salman Rushdie in 1989 for writing The Satanic Verses, a magical-realist novel containing disrespectful scenes about Muhammad. Vigilante violence also occurs; in Pakistan, preachers called on mobs to burn down the houses of apostates.

This external pressure at least partially succeeds, notes Iman Willoughby, a Saudi refugee living in Canada: “the Middle East would be significantly more secular if it was not for heavy-handed religious government enforcement or the power mosques are given to monitor communities.” Fearful of trouble, more than a few ex-Muslims hide their views and maintain the trappings of believers, making them effectively uncountable.

Nonetheless, Willoughby observes, “Atheism is spreading like wildfire” in the Middle East. Hasan Suroor, author of Who Killed Liberal Islam? notes that there’s a tale “we don’t usually hear about how Islam is facing a wave of desertion by young Muslims suffering from a crisis of faith . . . abandoned by moderate Muslims, mostly young men and women, ill at ease with growing extremism in their communities. . . . Even deeply conservative countries with strict anti-apostasy regimes like Pakistan, Iran and Sudan have been hit by desertions.” That tale, however, is now more public: “I know at least six atheists who confirmed that [they are atheists] to me,” noted Fahad AlFahad, a marketing consultant and human rights activist in Saudi Arabia, in 2014. “Six or seven years ago, I wouldn’t even have heard one person say that. Not even a best friend would confess that to me,” but the mood has changed and now they feel freer to divulge this dangerous secret.

Whitaker concludes that Arab non-believers “are not a new phenomenon but their numbers seem to be growing.” Professor Amna Nusayr of al-Azhar University states that four million Egyptians have left Islam. Todd Nettleton finds that, by some estimates, “70 percent of Iran’s people have rejected Islam.”

Turning to survey research, a WIN/Gallup survey in 2012 found that “convinced atheists” make up 2 percent of the population in Lebanon, Pakistan, Turkey, and Uzbekistan; 4 percent in the West Bank and Gaza; and 5 percent in Saudi Arabia. Revealingly, the same poll found “not religious” persons are more numerous: 8 percent in Pakistan, 16 percent in Uzbekistan, 19 percent in Saudi Arabia, 29 percent in the West Bank and Gaza, 33 percent in Lebanon, and 73 percent in Turkey. Conversely, a GAMAAN poll found that just one-third, or 32.2 percent, of born Shi’ite Muslims in Iran actually identify as such, plus 5 percent as Sunnis and 3.2 percent as Sufis.

The trend is upwards: a Konda survey in Turkey found that atheists tripled from 1 to 3 percent between 2008 and 2018, while non-believers doubled from 1 to 2 percent. Arab Barometer polls show a substantial increase in the number of Arabic-speakers who say they are “not religious,” from 8 percent in 2012-14 to 13 percent in 2018-19, a 61 percent increase in five years. This trend is even stronger among people between the ages of fifteen and twenty-nine, among whom the percentage went from 11 to 18 percent. Looking country by country, the largest increases occurred in Tunisia and Libya, with middle-sized ones in Morocco, Algeria, Egypt, and Sudan, and almost no change in Lebanon, the Palestinian territories, Jordan, and Iraq. Yemen stands out as the one country to count fewer non-religious persons. It is particularly striking to note that about as many Tunisian youth (47 percent) as Americans (46 percent) call themselves “not religious.”

Atheism among Muslim-born populations has historically been of minor importance. It appeared especially negligible during the surge of Islamism over the past half-century. As recently as twenty years ago, atheism among Muslims was nearly undetectable. But no longer. Atheism has turned into a significant force with the potential to affect not just the lives of individuals but also societies and even governments.

It enjoys such potency because contemporary Islam, with its repression of heterodox ideas and punishment of anyone who leaves the faith, is singularly vulnerable to challenge. Just as an authoritarian regime is more brittle than a democratic one, Islam, as practiced today, lacks the suppleness to deal with internal critics and rebels. The result is an Islamic future more precarious than its past.