Can America Overcome a Century of Challenge? 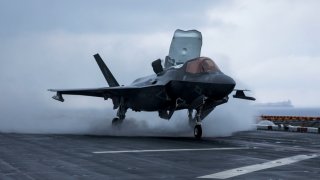 IT IS almost impossible to overstate the gift that Vladimir Putin’s decision to try to subjugate Ukraine represents for U.S. interests in Europe. For whatever happens on the battlefield—and one must be careful here: despite Kyiv’s heroic but also surprisingly successful resistance so far, the outcome of the war is still far from clear—the United States will emerge from the conflict having achieved strategic goals in Europe that appeared completely out of reach as recently as six months ago. NATO has regained its coherence and, assuming Turkey’s opposition can be overcome, with Finnish and Swedish accession will expand not in a way that adds to its responsibilities without strengthening its capacities—as was the case in the Baltics—but immensely increase its power and resources. Germany, for all the double game it is playing on importing Russian energy, has finally entered what might be called the “post-post-Hitler era” and will rearm. The EU’s economic withdrawal from Russia will remove a great deal of the leverage Moscow previously could exercise in Brussels. And, less measurably, the anti-Americanism of many Europeans will now have to at least coexist with the understanding that it is Russia that poses the existential threat. Not since the days of John Paul II has the balance shifted to such an extent, and in my more whimsical moments, I sometimes wonder why the conspiracy theorists on both the Right and the Left who believe Putin was pushed into war by NATO expansion and that the Maidan Revolution was, in reality, a Western coup don’t instead accuse the Russian leader of being a U.S. agent of influence.

But Europe is not the world (much as it sometimes still seems to manage to imagine that it is), and all the geo-economic and geostrategic reasons that have rightly led Washington to view Asia, above all (here, I am not sure wisely) Northeast Asia, as the central concern of U.S. foreign policy remain in place. Again, while we don’t yet know the fate of Ukraine, even if, in my view, Washington and its NATO allies must do everything short of sending its own forces into the battlespace to help Ukraine prevail, we do know that whatever happens Russia will emerge from the war weaker, poorer, and less globally consequential. In contrast, at worst, China will emerge unscathed from the conflict, but is more likely to come out strengthened by it insofar as Russia—and how Mao Zedong would have enjoyed that!—will almost certainly be forced to reconcile itself to being the junior partner in the relationship with China, forced to sell its energy in a market skewed in favor of the buyer of last resort: Beijing. At the same time, this is a moment of considerable domestic tension in China, above all in urban China, where Xi Jinping’s zero Covid policy is stressing both the citizenry and the economy. Overconfidence and anxiety are always a dangerous mix for totalitarian governments. In that context, the reconquest of Taiwan may finally seem irresistible to Beijing, which means that, now, as perhaps not since the Mao period, one of the principal challenges facing U.S. policymakers is now to decide what the U.S. response would be.

Whatever that decision is, it seems all but inevitable given the alarm in both South Korea and Japan over China’s rise, —and, for the first time since 1945, the willingness of Japan to consider significant remilitarization (the parallel with what is happening in Germany is, well, striking)—that the military element in U.S. foreign policy will develop even further post-Ukraine. This probably would have happened anyway given that even before the Russian invasion it was quite clear that the so-called Long Peace of the post-1945 world was ending, to the extent, that is, that it had ever existed at all. But post-Ukraine, the timeline for this clearly has been shortened. At the same time, the so-called pivot toward Northeast Asia in no way clarifies what U.S. foreign policymakers need to do, or, indeed, even how they need to think about South Asia. Above all, what to do about Narendra Modi’s India and the balancing act between the United States, China, and Russia, that so far at least New Delhi has been performing with considerable sophistication. And then there is a rising Africa, whose population by 2100 will either be equal to or have surpassed Asia’s, and with whose rapidly increasing importance U.S. policymakers have not even begun to engage seriously.

And all of this is taking place in the context of a global climate emergency that no nation, even one as rich and powerful as the United States, can hope to address consequentially on its own, even if there were—and there is most emphatically not—a domestic consensus to do so. At the same time, international institutions, above all the UN system, have rarely seemed more irrelevant, except perhaps in its humanitarian role, while the post-1945 international order more generally seems to be coming apart. It is all very well to talk in welcoming tones about the new age of multipolarity, but for now, at least, that age seems more likely to usher in a period of anarchy and war than stability, balancing, and peace. U.S. foreign policy will be forced to confront this post-Ukraine, and forced to do so at a time in U.S. history where the country is as profoundly divided about how to interpret its past, how to govern itself in the present, and how to imagine a decent future for itself, as it has been at any time since the 1930s. Unenviable does not even begin to describe it.

David Rieff is the author of At the Point of a Gun: Democratic Dreams and Armed Intervention; The Reproach of Hunger: Food, Justice and Money in the Twenty-First Century; and, most recently, In Praise of Forgetting: Historical Memory and Its Ironies.