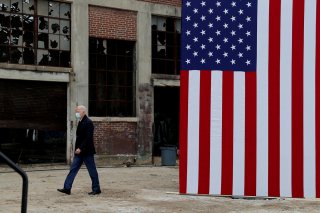 PERHAPS IN the post-election-day tumult of the United States—amid so much acrimony, angst, and fear about the future—some Americans have lost sight of what I myself see clearly from a distance: an amazing, resilient country that remains the fulcrum of the world, the great inspirer of young minds, and the best hope for noble ideals. America’s present-day polarization is not the first time since I fell in love with the country as a boy in Morocco forty-five years ago that millions of its citizens fear its finest days have passed. But for an outside observer who believes in the “American Dream,” the problems of today look like just another catalyst for America’s relentless national spirit to innovate solutions that will make the country stronger.

When I visit the country as an “intimate outsider,” I try to learn what I can about the complex internal issues facing Americans as a polity. It is not my place to weigh in on internal American affairs, except to share empathy and hope: many Arab countries are themselves mired in extreme factional divisions—whether political or ideological, ethnic, or religious—on a scale of bloodshed and rancor which I hope Americans will never know. The rare unifying figures we have had over our millennia of history were always people of great faith, introspection, and enormous strength. They won the hearts of their rivals through a careful mix of humility and forbearance, firmness and fortitude, and acceptance of the other. In doing so, they set an example for their own followers to bravely join in forging people-to-people rapprochement. No one doubts that countless Americans have the wisdom and inner strength to stand up and play this role today—and millions around the world are praying for them.

President-elect Joe Biden will take the helm on January 20. He will face unprecedented challenges that, by their nature, breach the divide between domestic and international affairs. COVID-19, the great destructor, is also a global unifier, as the spread of the virus round and round the world continually shows. Biden will need to fight the pandemic multilaterally. This crisis of global health insecurity accompanies, in turn, a range of manmade crises, ranging from climate change to a resurgent proliferation of weapons of mass destruction. To tackle these issues, a new coalition of like-minded states must bond together for the sake of the common good.

In the Middle East, it is noteworthy that candidate Biden put partisanship aside to praise the Trump administration for achieving peace between Israel and three Arab countries: the UAE, Bahrain, and Sudan. Biden shares the assessment of their enormous significance and value to prospects for genuine people-to-people relations between Israelis and their neighbors. The feasibility of bringing even more Arab countries into the circle of peace is deeply heartening in a region wracked by war, and I believe that Joe Biden will seize on that opportunity.

At the same time, it is clear that the president-elect correctly rejects the belief that this newfound opening for Israel across the expanse of the region can or should come at the expense of a Palestinian-Israeli agreement. As Palestinians gradually recognize that Arab powers will no longer support a maximalist rejectionist agenda, they must also encounter the opportunity to reach a fair two-state settlement—with Arab and international support. It should be a priority of the United States to help Palestinians draw this connection, and grow the burgeoning Abraham Accords further by including Palestinians as a party and a polity.

Is it time for the United States to reenter the nuclear deal? It is certainly time to grapple holistically with the question of Iran—a vast, ancient nation brimming with talent, potential, and a commanding majority population under the age of thirty-two. Despite the bloodshed their leaders still perpetrate region-wide—for the sake of an extremist imperial agenda—Iranian citizens deserve to live in dignity and peace. Is there a better way to isolate the mullahs without doing so at the expense of their people? What policy actions can the United States and its allies take to empower those elements within Iran that would like to rejoin the civilized world? As a new administration charts its plans, a new strategy should take these questions into account.

Further east, of course, lies an immensely more powerful rival, if not an adversary: China. It is surrounded by allies and partners of the United States in the Indo-Pacific—from Japan and South Korea to a rising India—who worry about China’s global ambitions. A restoration of confidence and partnership with these democratic allies is crucial if the world is to meet the Chinese challenge. A way must be found to directly engage China in negotiating a convivencia, avoiding an economic collision course, and opening spaces for cooperation on shared global challenges. These goals can only be achieved by a strategy that reinforces—rather than diminishes—these three interdependent priorities.

These daunting challenges await the president-elect as he meanwhile will strive to restore peace to his own people. Who would envy such a burden? We pray for the man who places it on his shoulders, and places our faith in the unending optimism and winning attitude of America and its people.