How to Miscalculate the Price of Being Rich and Famous 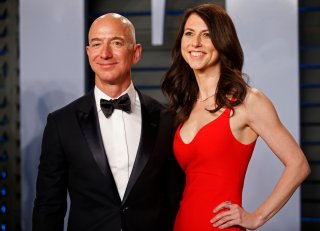 ProPublica has published confidential tax data on the super-rich, apparently showing that they pay next to no income tax.

The unbelievable claim: Over the past decade, the twenty-five wealthiest Americans paid tax at a total rate of 3.4 percent of their wealth—their “true tax rate.” This figure made headlines all around the world. And you can be sure, such efforts to expose the super-rich for paying too little tax feed into and reinforce common prejudices. But how does ProPublica arrive at its figure? “To capture the financial reality of the richest Americans, ProPublica undertook an analysis that has never been done before. ProPublica compared how much in taxes the twenty-five richest Americans paid each year to how much Forbes estimated their wealth grew in that same period. We’re going to call this their true tax rate. The results are stark. Those twenty-five people saw their worth rise a collective $401 billion from 2014 to 2018, according to Forbes. They paid a total of $13.6 billion in federal income taxes in those five years, the IRS data show. That’s a staggering sum, but it amounts to a true tax rate of only 3.4%.” For Warren Buffett, who has repeatedly advocated higher taxes on the rich, ProPublica calculates a “true tax rate” of 0.1 percent.

ProPublica highlights the supposed discrepancy by comparing its figures for the super-rich with those of the median American household earning $70,000 a year and paying 14 percent in federal taxes.

The message: Look at how “unfair” the American tax system has become. The ultrarich are subject to different laws than everyone else. But is that really the case? Let’s say you own a house that increases in value from €1 million to €1.5 million within four years. How much income tax do you have to pay on the increase? In Germany, at least, zero. And that’s how the system works in most countries. A person doesn’t have to pay income taxes on unrealized gains but on realized gains. The same principle applies to stocks: If stock prices go up but a person doesn’t sell their stocks, then they don’t have to pay taxes. A person only pays taxes when they sell their shares or their house, i.e. when the unrealized gains become realized profits. Conversely, if a person makes unrealized losses, i.e. if the value of their house goes down, then they don’t get a refund from the tax authorities. A person cannot claim these unrealized losses, which only exist on paper, to reduce their tax liability.

ProPublica has compared apples and oranges: the growth in the worth of the twenty-five richest Americans estimated by Forbes primarily derives from an increase in the value of their assets, such as stocks and property. Jeff Bezos’s wealth, for example, has grown because the value of Amazon stock increased. Warren Buffett’s fortune grew as the stock he holds in his company, Berkshire Hathaway, gained value. ProPublica compares the increase in wealth, which primarily derives from (unrealized) stock gains to income taxes, which, in contrast, are levied on a very different tax base. And this is not just on the super-rich but on everyone. Or when was the last time the average person paid income taxes because their house was worth more on paper than it was a year earlier? For ProPublica, this so-called “true tax rate” is evidence of “loopholes” for the ultrawealthy.

What would happen if the average person or the super-rich had to pay income taxes on unrealized capital gains? What would have happened in 2001 or 2008/2009 when share prices dropped off a cliff? The state would have had to issue tax refunds to cover the substantial share price losses. Most journalists have not asked these critical questions because the fake figures fit their existing prejudices about the rich.