How the United States Can Build a Coalition to Counter Russia 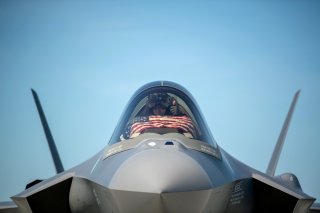 “For God's sake, this man cannot remain in power," President Joe Biden announced at the conclusion of a speech delivered outside the Royal Castle in Warsaw, Poland, on Saturday.

It was the furthest Biden has gone in calling for regime change in Moscow, and the comment reflects a significant change in the American approach to Russia. U.S. officials had previously said that removing Putin from power was not the United States’ goal, which they reiterated when White House officials quickly walked back Biden’s comment on Saturday. In response to Biden’s comment, Kremlin spokesman Dmitry Peskov said that Putin’s future “is not to be decided by Mr. Biden. It should only be a choice of the people of the Russian Federation.”

Biden said that the war in Ukraine is a battle in the fight between autocracy and democracy, portraying Russia's invasion of Ukraine as part of the decades-long struggle between the West and Russia. “My message to the people of Ukraine is ... we stand with you. Period,” Biden said.

The United States has led the way in this battle. The Biden administration has levied an array of economic sanctions on Russia, even banning imports of Russian oil, gas, and coal. The United States has provided $1.2 billion in aid to Ukraine since January 2021, and Congress recently passed a spending package that includes $13.6 billion in additional aid for Ukraine. To further underscore Washington’s seriousness, the Pentagon has deployed another 7,000 troops to Europe.

Europe has shown surprising fortitude in confronting this new wave of aggression. Over the course of one week, Germany flipped from the weak link in NATO’s cordon sanitaire of Russia to its linchpin. Under Angela Merkel, the German defense budget was chronically short of its NATO commitments, and the country’s energy market fell into deep dependence on Russian energy exports. After Ukraine was invaded, German chancellor Olaf Scholz joined America’s push for sweeping European Union sanctions on Russia and committed a stunning €100 billion to Germany’s defense budget. Sweden and Finland, which have long maintained distance from NATO, have publicly floated the idea of joining the alliance. Even perennially neutral Switzerland joined the sanctions regime in a clear repudiation of Russia’s invasion.

Even China—which as recently as February declared that “Friendship between the two States has no limits, there are no ‘forbidden’ areas of cooperation”—has labored to take a more neutral tone since the invasion began. President Xi has called for “maximum restraint” in the conflict while stopping short of criticizing Putin, his erstwhile ally. Beijing has many reasons to hedge. Indeed, the punishing onslaught of Western sanctions directed at Russia has given rise to widespread fears among Chinese firms that they will find themselves caught up in the same sanctions architecture that has decimated the Russian economy.

One of America’s greatest strengths is its ability to summon into being and coordinate a coalition of like-minded allies. Perhaps never has that leadership been more crucial. In order to build a durable coalition to contain Russian aggression, Washington will have to reassure traditional allies that despite the withdrawal from Afghanistan, America is still deeply committed to their security and to the preservation of international norms. In today’s Europe, that message will fall on receptive ears.

In the Middle East, among Washington’s traditional allies, the administration will likely find tougher going. On the popular level, there is plenty of discontent with Russian imperialism in the Arab world, which ranges from its military engagement in Syria to its ever-deepening security and economic relationships with Egypt, Saudi Arabia, and others. However, on the political level, concerns about America’s commitment to key Middle Eastern allies—a perception of indifference to their national security concerns—have driven a number of Arab powers to develop their own relationships with Moscow. They have partly been cultivated as a hedge against American withdrawal and partly out of frustration with Washington’s cultivation of its own regional and domestic rivals. Bringing these allies into the process means giving their concerns a fair hearing, which can go a long way towards bolstering America’s new strategy of containment.

In the end, for all the talk of American decline and a post-American age, eight decades after the guns fell silent after the Second World War, it is still America that the world looks to for a last line of defense against would-be conquerors. Americans need only retain their faith in themselves and extend an open hand to their many friends and allies around the world. They will find we are there, waiting for them.

Ahmed Charai is a Publisher of The Jerusalem Strategic Tribune. He is on the board of directors of many Think-Tanks including the Atlantic Council, International Crisis Group, Center for Strategic and International Studies, Foreign Policy Research Institute, and Center for the National Interest.