Nagorno-Karabakh: A Year of U.S. Failure in the South Caucasus 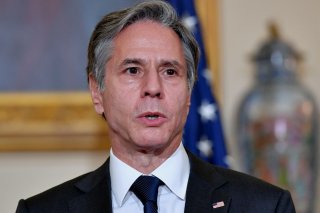 One year ago today, the Azerbaijani army, backed by Turkish Special Forces and Syrian jihadis acting as Turkish mercenaries, launched a surprise attack on Nagorno-Karabakh, a disputed territory which Armenia controlled since the end of the 1988-94 Nagorno-Karabakh War. While Azerbaijan justified its actions in the fact that the international community recognized the territory as Azerbaijani, the situation was more complex.

Legally, at least from Washington’s perspective, Azerbaijan’s case is not as cut-and-dry as its proponents claim. First, the United States continue to recognize the Republic of Armenia as an occupied nation after Joseph Stalin gerrymandered its borders and incorporated it into the Soviet Union. Also, when in 1991, Azerbaijan re-asserted its independence upon the collapse of the Soviet Union, its parliament did so based on the borders of the first independent Republic of Azerbaijan and not upon the territory of the subsequent Soviet-created Azerbaijan Soviet Socialist Republic. Third, the population of the autonomous oblast voted to secede from Azerbaijani control, a move that was constitutionally valid.

The diplomatic case is as important. While Azerbaijani authorities never accepted Armenia’s control over Nagorno-Karabakh and several Azerbaijani districts that separated the territory from Armenia proper, Baku had committed as part of the Minsk Group process to resolve the territorial dispute diplomatically. While Azerbaijani diplomats might say the progress was going nowhere, that was a lie: There was broad consensus within the Minsk Group about the dispatch of peacekeepers, likely from disinterested Scandinavian countries, as well as the eventual Armenian return of occupied Azerbaijani districts as confidence grew. Regardless, the State Department had, six months before Azerbaijani dictator Ilham Aliyev ordered the assault, waived provisions of Section 907 of the Freedom Support Act to enable U.S. assistance to flow to Azerbaijan. The basis of that waiver was Azerbaijan’s commitment to the diplomatic process.

That Azerbaijan surprised not only Armenians but also Americans remains an intelligence failure that both Congress and the broader U.S. intelligence community have so far failed to investigate. Nor can any honest analyst ignore the fact that the invasion coincided with the one-hundredth anniversary of the Ottoman invasion of independent Armenia against the backdrop of the Armenian genocide. This was not a coincidence but deliberate. Simply put, Azerbaijan and Turkey’s move constituted an opening salvo in what both countries’ leaders hoped would amount to an Armenian Genocide version 2.0.

In the aftermath of the invasion, the State Department under both Secretaries of State Mike Pompeo and then Antony Blinken recommitted the United States to diplomacy. Andrew Schofer, the Minsk Group’s American co-chair, returned to the region to try to jumpstart diplomacy.

Unfortunately, through no fault of Schofer’s, Blinken and President Joe Biden bungled it. Biden was right to recognize officially the Armenian Genocide. However, the following day, Blinken quietly waived Section 907 again, effectively rewarding Azerbaijan for its aggression. By both the letter and the spirit of the Freedom Support Act, Blinken’s move violated U.S. law, though Congress has been too distracted to hold him to account and force the waiver’s reversal. While National Security Advisor Jake Sullivan and Blinken may have thought an olive branch appropriate to keep Azerbaijan at the table, the net effect was to eviscerate any American leverage and to telegraph to Aliyev that the United States was weak.

A short survey of the past six months shows that far from returning to diplomacy, American passivity is enabling increased Azerbaijani aggression. On March 25, 2021, Azerbaijani soldiers threw stones at Armenian civilian cars on the Sarushen-Karmir Shuka road in Artsakh’s Askeran region. Three days later, Azerbaijani troops ambushed an Armenian vehicle transporting the bodies of Armenian soldiers killed in the forty-four-day war. On April 20, Azerbaijani forces fired at an Armenian home on Vagharshyan Street in the Stepanakert, the capital of Artsakh, the self-governing Armenian republic in Nagorno-Karabakh. Despite Azerbaijan’s diplomatic promises to respect religious freedom, on April 26, three Azerbaijani soldiers beat and dragged an Armenian pastor in Syunik’s Aravus village. Two days later, between eight and ten Azerbaijanis in civilian dress infiltrated the buffer zone between the two sides, before being chased off by Armenian forces. In effect, Azerbaijan’s constant probing and attempts at infiltration appear to take a page from North Korea’s playbook vis-à-vis South Korea.

In May 2021, such violations increased. Azerbaijan began a show trial for Lebanese Armenian Vicken Euljekjian, kidnapped by Azerbaijani forces after the November 9, 2020, ceasefire; he remains in prison. On May 12, 2021, Azerbaijani forces moved two miles into Armenian territory in the Syunik region to seize Sev Lich. Such unilateral “border adjustments” continued over subsequent days. On May 14, for example, Azerbaijani Armed Forces advanced another 300 to 400 meters toward Vardenis in Armenia proper. Azerbaijani forces have also continued to fire across the border at Armenian soldiers in Armenia’s Gegharkunik Province. A similar attack on Artsakh’s Sos village injured a civilian. The lack of any serious American diplomatic pushback simply caused Aliyev to become more aggressive. At around 9:10 pm on May 20, several Azerbaijani soldiers entered Armenia. Armenian soldiers intercepted and, in the resulting brawl, almost a dozen were injured. Less than a week later, Azerbaijani forces killed Armenian Sergeant Gevorg Y. Khurshudyan near the village of Verin Shorzha, in Armenia proper. Two days later, Azerbaijan kidnapped six Armenian soldiers doing engineering work near the Gegharkunik border. Once again, Aliyev appeared to take a page from the North Korean playbook. And, once again, Blinken was silent. Up to 1,000 Azerbaijani troops remain in Armenia proper, according to Artak Davtyan, Armenia’s chief of the General Staff.

In June, such aggression accelerated yet again. Azerbaijani soldiers, perhaps hungry as Azerbaijani officials embezzled military supplies, fired on shepherds in Armenia and stole their cattle. Armenian soldiers stopped another attempt to steal horses from a shepherd in Gegharkunik. Nor are Armenians the only victims. In June 2021, Azerbaijani soldiers threatened to execute Spanish journalists reporting from the Armenian side of the border and, the next month, Azerbaijani raids on livestock as well as sniping attacks—some fatal— and skirmishes continued across the Armenian border. As the Biden administration remained silent, Azerbaijan increased the severity of attacks. Small arms sniping evolved into the firing of mortars across the border, for example, and ceasefires proved fleeting. In August, Azerbaijani forces took a page from Islamic State actions in Iraq and Syria and began setting fire to Armenian crops and grassland.

Both the office of the Artsakh ombudsman and Columbia University’s Institute for the Study of Human Rights have begun collecting evidence, documenting such attacks in earnest. Armenia’s Ministry of Defense also announces the deaths of its soldiers as they occur.

Perhaps the biggest Azerbaijani affront, however, is the continued holding and torture of Armenian prisoners of war (POW). While the State Department might make occasional calls for their return, Azerbaijani authorities dismiss these as readily as the Taliban does Blinken’s calls for diversity in the Taliban cabinet. After all, when Blinken waives sanctions on Azerbaijan to allow American funding to flow to Baku, why should Aliyev take American statements seriously? Nor can Biden or Blinken expect Russia or Turkey to take them seriously when Blinken does not demand that Russia publicize its peacekeeping and monitoring reports which, as a party to the Minsk Group, it is legally obliged to do. Nor has Biden yet to take substantive action against Turkey for its use of American components in the drones its uses to target not only Armenians but also Kurds and perhaps even Tigrayan Christians.

Biden and Blinken may not care about American prestige, but this is not the only thing at issue in the South Caucasus. Azerbaijan and Turkey launched their assault on Nagorno-Karabakh to continue the Ottoman project of more than a century ago. Silence encourages them and others. The precedent of ethnic cleansing that they undertake—and the lack of any serious response to it—could destabilize areas far beyond the South Caucasus. So too is American silence regarding the Turkish and Azerbaijani use of Syrian jihadis, some with previous service in the Islamic State and Al Qaeda. It behooves Biden and Blinken to show that this is a red line. Nor does it make sense to reward Azerbaijan financially when it is no longer the stable, tolerant ally Washington once believed it to be, but rather does increasing business with both Russia and Iran. It is time to sanction Azerbaijan until Aliyev returns the last Armenian POW, pays compensation for his aggression, and holds accountable every Azerbaijani soldier on video torturing Armenians or destroying cultural heritage.