No-Go Negotiations: Iran May Not Be in a Rush to Get Nuclear Weapons 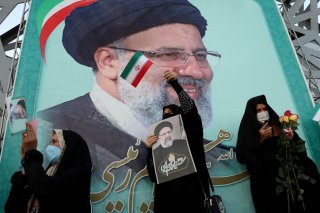 As Iran’s next leader, President-elect Ebrahim Raisi, signals a hardening of Tehran’s foreign policy, negotiations in Vienna over the 2015 nuclear deal, known as the Joint Comprehensive Plan of Action (JCPOA), may have an even slimmer chance of an agreement that would strengthen it. After former President Donald Trump removed the United States from the nuclear deal in 2018 and reinstated harsh economic sanctions against Iran, Tehran responded by enriching uranium beyond the limits imposed by the JCPOA and producing uranium metal. Critics of the JCPOA are calling for a new, more comprehensive deal rather than a return to the time-limited terms of the JCPOA in order to permanently foreclose the possibility of a nuclear-armed Iran. Yet, no one should automatically assume that this is Iran’s ambition. After all, nobody knows for sure that it has decided to build nuclear weapons. While Iran may want to have the option of weaponizing its nuclear capabilities after the JCPOA or a replacement agreement expires, it may well decide not to do so when the time comes.

History shows that many countries with advanced nuclear technologies but without nuclear bombs—the so-called nuclear latent states—opt to stay that way, rather than rushing to build nuclear weapons as soon as they can. There are reasons to believe that Iran, too, may choose to remain non-nuclear at least in the foreseeable future, regardless of U.S. decisions on the sanctions and even long after the end of the JCPOA. Thus, U.S. negotiators might be wise to proceed cautiously in considering what incentives to offer Tehran, and not over-reward it for promises not to cross a threshold Iran may not intend to cross anyway.

The early nuclear powers, the United States and the Soviet Union, in particular, built nuclear weapons as quickly as they could. Looking at other states through the lens of U.S. and Soviet experiences, policymakers and practitioners who applaud U.S. nonproliferation policy may implicitly assume every nuclear latent state’s desire to get “the absolute weapons” as quickly as possible, absent nonproliferation sanctions and stringent inspection regimes. In the past fifty years, however, many states, large and small, have proceeded down the nuclearization path more gradually than their capabilities would have permitted, and in many cases have paused for years or stopped completely at the stage of nuclear latency. Even some of the states that eventually joined the nuclear club such as Israel and India were unsure about their ultimate goals and spent a considerable amount of time debating the nature of their nuclear programs. After India’s 1974 test of a nuclear device, which was not the prototype of a weapon, New Delhi sat on the nuclear fence for sixteen years before it finally began weaponizing in 1989. North Korea did not test its first nuclear bomb until 2006, more than half a century after it launched its nuclear weapons program, even though its nuclear capabilities were so advanced in 1993 that U.S. intelligence analysts estimated that Pyongyang had developed one or two nuclear bombs already. Also, Iran may drag its feet on the path to a bomb. Iranian leaders have seen Japan as a model and have argued that if Japan is allowed to have fuel-cycle technologies and stay in the Treaty on the Non-Proliferation of Nuclear Weapons, then Iran should have that option too.

This slow proliferation can only partly be explained by threats of strict nonproliferation sanctions. Even without them, prolonging nuclear latency may make sense for most potential nuclear powers, politically, economically, and strategically.

Politically, nuclear weapons have not proven to be a broadly useful coercive tool, as it is difficult to credibly threaten the use of such destructive power unless in response to severe security threats. By contrast, stopping short of building nuclear bombs while keeping or upgrading the relevant technologies can buy a state bargaining leverage often disproportionate to its capabilities. This is apparently the reason Iran is currently engaging in nuclear activities that have no civil justification. By threatening to go nuclear, even a minor state that otherwise would be ignored on the world stage can pressure proliferation-averse major powers to offer rewards for staying nuclear-free. Under the 1994 Agreed Framework, North Korea was rewarded with a promised supply of light-water reactor plants and half a million tons of free heavy oil annually. The value of such rewards was not just material: episodes of Pyongyang’s strong negotiating position vis-à-vis great powers have been amply used as a propaganda tool to legitimize the Kim dynasty inside North Korea. Meanwhile, the desire to prevent allies such as Japan and South Korea from developing their own nuclear weapons is often cited as a key reason why the United States should maintain strong security commitments and forward-deployed forces to protect them.

Economically, building and maintaining an operational nuclear arsenal is an extremely expensive undertaking for most states. According to U.S. nuclear and South Asia experts, India and Pakistan each spent more than $5 billion for their nuclear forces by the early 2000s. On top of the initial development costs, nuclear powers have to keep spending heavily to maintain and modernize their nuclear weapons and delivery systems for years to come, and such expenditures quickly add up. Regional nuclear powers such as Israel, India and Pakistan spend $1-3 billion per year for those purposes. France’s modest nuclear forces cost Paris roughly $6 billion annually. Additionally, nuclear arsenals do not tend to result in savings on conventional military forces; most nuclear powers continue to maintain and upgrade their conventional capabilities while simultaneously improving their nuclear forces. Unless a state faces imminent existential security threats, it is hard to justify such military investments and their opportunity costs, given competing policy demands for scarce national resources.

Strategically, nuclear weapons do not offer a guarantee of protection, unless they are accompanied by robust, survivable delivery capabilities that can effectively get bombs to precious targets deep in a potential aggressor’s territory and are not vulnerable to destruction by an enemy first strike. Absent sufficiently survivable delivery systems, a nascent nuclear-armed state typically finds itself in a “use it or lose it” dilemma and may be at a higher risk of preemptive attacks in a crisis than it would have been as a nuclear latent state. The dilemma would be exacerbated if its nuclear breakout prompted an adversary to also start building a nuclear arsenal (as Saudi Arabia likely would if Iran crossed the nuclear threshold). Brazil and Argentina once appeared in danger of becoming ensnared in a nightmarish nuclear arms race, but the two South American powers were wise enough to avoid the danger collectively. By preserving the technical potential to develop nuclear weapons while not possessing actual bombs, a latent state can avoid providing tempting targets for preemptive strikes yet still deter military aggression or coercion: faced with threats from a potential aggressor, a nuclear latent state could threaten to go nuclear in response, thus undermining the aggressor’s future security or power position. Former Prime Minister Yasuhiro Nakasone argued that it was important to demonstrate Japan’s latent nuclear capabilities so neighboring countries wouldn’t behave aggressively toward his country. In 2005, Akbar Hashemi Rafsanjani, who was the fourth president of Iran from 1989 until 1997 and a presidential candidate in its 2005 election, told Dr. George Perkovich who directs the Nuclear Policy Program of the Carnegie Endowment for International Peace, “once we have mastery of the fuel cycle, all our neighbors will draw the proper conclusion,” while he insisted that Iran did not want nuclear weapons.

For all of these reasons, nuclear latent states have often found it advantageous not to rush to build nuclear weapons. Iran, too, is likely to be in no great hurry to turn its nuclear potential into an actual arsenal, especially while it lacks robust, survivable second-strike capabilities. However, it might well make a different calculation if faced with imminent threats of regime change, as North Korea did in the early 2000s when the Bush Doctrine made it a principal target for American preemptive strikes. If the United States threatens the Iranian regime’s survival, then this might substantially increase Tehran’s inclination to quickly move toward building nuclear weapons in order to show strength or ward off invasion. Thus, military threats intended to deter nuclear proliferation could ironically trigger the very outcome that Washington has tried hard to avoid for years.

Mayumi Fukushima is currently a Postdoctoral Stanton Nuclear Security Fellow with the nonprofit, nonpartisan RAND Corporation, and formerly served as a career diplomat at the Japanese foreign ministry and more recently as a visiting scholar with the Japanese navy (JMSDF)’s Command and Staff College. She has extensive experience working with U.S. counterparts on various security issues including the North Korean and Iranian nuclear weapons programs.