Nuclear Proliferation Is Not the Answer to the War in Ukraine 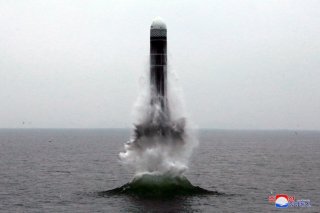 All wars have unexpected consequences. One potential impact of Russia’s war against Ukraine is the distinct possibility that more states will be interested in developing or deploying nuclear weapons. Under the protocols of the Budapest Memorandum of 1994, Ukraine’s territorial integrity and sovereignty were guaranteed by the United States, the United Kingdom, and Russia. Russia has now violated this agreement twice: first in its 2014 annexation of Crimea and subsequent invasion of the Donbas and again, in its 2022 full-scale invasion of Ukraine.

It’s easy to see how states could look at Ukraine’s experience and determine that even a small nuclear deterrent is necessary in an era of renewed great power competition and simmering regional conflicts. Saddam Hussein in Iraq and Muammar el-Qaddafi in Libya were deposed by force, yet North Korea’s small but growing nuclear arsenal increases the costs and risks of launching a military intervention to depose the Kim dynasty. Iran’s overall policies and nuclear weapons ambitions reflect its desire to dominate the greater Middle East, but the Iranian leadership may likewise view a nuclear arsenal as an insurance policy against military intervention, either to overthrow the ruling elites or in response to Iran-sponsored terrorism.

In the Indo-Pacific region, nuclear weapons have already spread widely. Russia, China, North Korea, India, and Pakistan all possess nuclear weapons, increasing the risk that one will cross the nuclear threshold should a conventional war threaten their national survival. The situation is made more unpredictable by the growing sophistication in these powers’ conventional forces. China’s military-strategic competency has improved by leaps and bounds; its land-based missile, naval, and air forces have rapidly grown their offensive and defensive capabilities and improved their command and control, communications, reconnaissance, surveillance, and real-time decisionmaking. China’s anti-access, area denial “bubble” now extends well beyond disputed islands in the South China Sea, and Beijing’s growing capabilities for space maneuver and for cyber operations already pose imminent risks for U.S. defense planners and war fighters. Alongside this conventional buildup, China is growing its nuclear arsenal of land-based strategic missiles, submarine-launched ballistic missiles, and long-range bombers. Some experts project that China will be able to deploy 1,000 or more warheads on strategic launch systems as early as 2030.

China’s growing military power presents potential threats to U.S. allies in the Indo-Pacific region, including Japan, South Korea, and Australia. Japan and South Korea are also threatened by North Korea’s expanding nuclear arsenal. North Korea has already tested long-range missiles that could reach the continental United States. Until now, South Korea and Japan have relied on the American nuclear umbrella to deter coercive nuclear diplomacy or preemptive first strikes. But some in Seoul have already expressed doubts, in the wake of Russia’s attack on Ukraine, that South Korea can fend off North Korea without its own nuclear arsenal.

In the Middle East, an Iranian nuclear weapons capability might increase the incentives for Saudi Arabia, Turkey, or Egypt to seek their own nuclear deterrents. As Iran approaches the immediate threshold of nuclear weaponization, however, Israel might respond with a strong conventional attack designed to destroy much—or all—of Iran’s nuclear infrastructure and weapons. American and other negotiators with Iran over a renewal of the JCPOA (the Iranian nuclear agreement of 2015 with the P-5 plus Germany) must be mindful of the need for increased transparency with respect to Iran’s capabilities as it nears entry into the club of nuclear weapons states.

Nuclear weapons experts generally espouse two theories with respect to the utility of smaller nuclear deterrents. One argument holds that even a limited number of nuclear weapons creates enough fear of unacceptable damage to deter any rational or reasonable prospective attacker. From this perspective, a minimum deterrent is sufficient to protect the state, and additional weapons simply contribute to an unnecessary arms race (or are otherwise superfluous). A second theory maintains that numbers do matter. There is a significant difference between the deterrent power of the United States and Russia, for example, compared to that of regional powers like Israel, India, or Pakistan. From this perspective, more weapons are better, and fewer weapons are worse. But this second perspective assumes that more nukes translate directly into more political influence and deterrent power. That assumption is highly context-dependent. Who is being deterred by whom, where, and under what conditions? What values are at stake?

History provides many examples of states that should have been deterred by unfavorable balances of power or other “objective” factors. States go to war, according to Thucydides, for reasons of fear, honor, or interest. Leaders can rationalize away seeming difficulties in the way of success, making self-serving arguments about their opponents’ weakness and their own strength. Heads of state and supreme warlords can come to believe their own propaganda. Rationality can be relative, and highly subject to biases and ideological blind spots.

States may not gain much from going nuclear, even if they live in a dangerous regional neighborhood and fear aggression or coercion from one or more of their neighbors. The threshold for the use of nuclear weapons is quite high, and most military coercion takes place at lower levels. Advanced conventional weapons, including smart drones, long-range precision strike missiles, and network-centric battle management may be as important in deterring prospective attackers as is a small nuclear arsenal. For countries such as Japan, South Korea, or Australia, for example, building and deploying next-generation conventional weapons, along with regional cooperation and U.S. support, could pay greater dividends in deterrence than joining the growing list of nuclear weapons states. Conventional weapons often deter because they can actually win a war at an acceptable cost, whereas nuclear weapons only deter if the threat of use—and prospect of mutual annihilation—is credible.

Considering the downside costs of regional nuclear arms races—including massive financial costs, increased risks of proliferation or accidents, and potential sanctions—it is doubtful that any state in the Middle East or the Indo-Pacific will improve their security by developing nuclear weapons. Instead, a growing number of states with small- or medium-sized nuclear arsenals will create more anxieties about the first-strike vulnerability of those forces. Few of these prospective nuclear weapons states can afford a fleet of ballistic missile submarines, currently the most survivable platforms among operationally deployed launch systems. These countries will therefore depend almost exclusively on aircraft or missiles that are less survivable and require their commanders to preempt their opponents. More states will deploy more forces, fears of a surprise attack will multiply, and the need for survivable counter-strike capabilities will lead to more nuclear weapons deployed on a “hair trigger.”

Although Russia’s war against Ukraine might lead some to conclude that nukes are a prescription for safety, the opposite is more likely to be true. Nuclear deterrence in a post-post-Cold War world is less dependable than it was during the Cold War because: first, the stability provided by U.S.-Soviet strategic nuclear bipolarity is gone; second, some hot zones such as Asia are already overcrowded with nuclear state actors whose leaders have no democratic accountability; and, third, leaders with or without nuclear weapons are perfectly willing to act in ways that some might judge as “irrational” according to their own definitions of victory. In this environment, nuclear guarantees might turn from deterrents into black holes.