On the Offensive: Why Hawkish Economics Can Deter Chinese Coercion 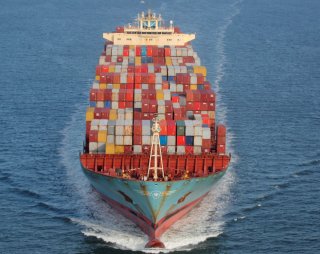 Faced with the threat of Chinese “offensive decoupling,” today’s American policymakers should consult the experience of American military policymakers of the 1960s, who grappled with Mao Zedong’s destabilizing strategy of “offensive deterrence.”

Accordingly, Mao Zedong seized the initiative in a host of conflicts, including the Korean War, two crises in the Taiwan Strait, and border clashes with India and the Soviet Union—putting offensive deterrence into practice. Through aggressive moves, Mao hoped to convince his adversaries to back down. Coupled with his aggression was a brazen indifference to nuclear escalation and a declared willingness to absorb atomic fury at the cost of hundreds of millions of dead Chinese. This posture made his threats of escalation more believable and their deterrent impact more tangible. Buried deep in Chinese strategic culture, this tactic finds earlier antecedents as well, with origins in Sun Tzu’s two millennia-old “fighting while talking” principle.

Today, China is pursuing an economic policy of “offensive decoupling”—domiciling strategic productive capacity, striving to win the race for frontier technologies, and securing energy supply chains—that in some ways resembles the military policy of offensive deterrence and derives from similar principles.

Indeed, Beijing is deeply committed to building an arsenal of coercive economic tools to buttress its geoeconomic statecraft in ways that enhance its coercive, not just retaliatory, capabilities. Party leadership sometimes talks about China’s “powerful gravitational field”—namely, the massive weight of its billion-person economy. This is the purpose of “dual circulation,” which seeks “to make China less dependent on the world and the world more dependent on China,” as Secretary of State Antony Blinken explained in May.

The outcome of the Trump-era U.S.-China Phase One trade deal demonstrates how China makes economic decisions on geopolitical grounds. The final deal demanded that Beijing purchase American agriculture and liberalize its financial sector. Beijing failed to meet the purchasing requirements, but it did open its financial sector. Opening China’s financial sector, unlike purchasing American agriculture, advances the Party’s economic security objectives. In Beijing’s eyes, financial opening helps the Party accomplish the goals of stemming capital outflows and easing dependencies that Western sanctions could exploit. Not only does financial liberalization enable Beijing to play defense against Russia-like sanctions, but it also has an offensive component. China’s 2020 Foreign Investment Law includes a “reciprocity” provision that could expose Western firms to Chinese sanctions, Congress’ research arm has noted.

President John F. Kennedy responded to Mao’s decade-long strategy of offensive deterrence by leveraging America’s military might in ways that resulted in a similarly aggressive posture in response. As Mao raced to obtain a nuclear weapon, Kennedy seriously considered plans to preemptively strike China’s homeland, and he made these plans known to Beijing.

One U.S. envoy, long-time Russia hand Averell Harriman, explored the possibility of a preemptive strike in private conversations with his Soviet counterparts in the spring of 1963. Harriman was acting on direct instructions from Kennedy, who asked him “to elicit Khrushchev’s views of means of limiting or preventing Chinese nuclear development and his willingness either to take Soviet action or accept U.S. action aimed in this direction.”

The bureaucracy operationalized Kennedy’s idea to partner with the Soviets to preemptively strike China. Months later, American policy documents began incorporating the notion of “joint US-USSR use of military force against China,” and the Joint Chiefs of Staff drafted plans for a pre-emptive air strike on nuclear weapons facilities in western China. These military planners recommended a nuclear strike on Chinese research and testing sites—a move that relied on using a nuclear weapon to deter China’s race for one.

Meeting aggression with aggression was a surprising move. American military strategy, with its aversion to preemption, was thought to specifically exclude notions of offensive deterrence.

However, despite the unconventional nature of the plan, it inspired a diplomatic breakthrough with Khrushchev’s Soviet Union. Talks of a preemptive strike showed Soviet leadership Washington’s serious commitment to stemming nuclear proliferation and helped persuade Moscow to sign the Nuclear Test Ban Treaty later that year.

In other words, President Kennedy, a paragon of great-power peace, resorted to moves that raised the likelihood of war and replicated the Chinese strategy of offensive deterrence at this key Cold War juncture.

This was not the first time in his presidency that the Kennedy White House benefited from a Mao-like strategy of offensive deterrence. Months earlier, during the Cuban Missile Crisis, Kennedy’s war planners and generals, such as the colorful Air Force Chief of Staff Curtis LeMay, advised aggressive, preemptive strikes on Russian assets. Standard accounts of the crisis praise Kennedy for “standing virtually alone” against this “doctrinaire” hawkish counsel. In truth, General LeMay’s militarism complemented Kennedy’s dovish inclinations. The deal-making that brought the Cuban Missile Crisis to a successful close relied in part on a private ultimatum: If you don’t move the missiles, I will strike Russian installations in Cuba. For Khrushchev to agree to a public deal, he had to believe this threat. But Kennedy alone was not credible. His distaste for nuclear weapons was not only well known but also deeply internalized. (By one account, as the crisis raged, Kennedy told his mistress that his children would be better off communist “red than dead.”) It was left to LeMay, then, to convey the credibility of the threat.

First in words and then in deeds, Kennedy’s hawkish policymakers deployed offensive deterrence against Russia and China. As a result, hawks played a critical role in countering aggression and making space for creative diplomacy—namely, the withdrawal of missiles from Cuba and the signing of a test ban treaty.

Policymakers can learn from this foray into mid-century American diplomatic history because the principles that governed the delicate nuclear balance during the first Cold War have economic analogs today. Back then, Kennedy countered the threat of nuclear Armageddon by countenancing aggressive, preemptive military moves, which indicated to adversaries the dire nature of America’s commitments to its interests. Now, as China develops economic moves designed to weaponize the U.S.-China financial relationship, Washington cannot count on a “balance of financial terror” to deter Chinese economic coercion. Just as Kennedy derived a strategic advantage from the hawkishness of his generals, who lent credibility to his attempts at offensive deterrence, U.S. policymakers today may find that hawkish economic counselors can bestow a strategic edge.