A Preliminary Verdict on Afghanistan Strategy 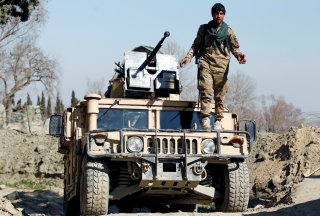 After last week’s rancorous Congressional hearings, many Americans are probably wondering, how could things have gone so wrong, and how could our strategy in Afghanistan have failed so badly? Joint Chiefs Chairman General Mark Milley himself called the mission a “strategic failure.” Some are also calling for a commission to study the problem. That would be reasonable, indeed, but it is also worth trying to sketch out a rough draft of a historical verdict right now, while our attention is still on the issue. A quick review of the history suggests some key mistakes, yes—but also the inherent difficulty of trying to build a functioning Afghan government and army out of what twenty-two years of previous conflict had done to break that society. Perhaps we should not be quite so hard on ourselves. Yet there are key lessons to learn.

Consider the war’s main phases. At the time of the 9/11 attacks, the Department of Defense had no war plan for fighting in Afghanistan. Improvisation became the guiding principle, as aerial attacks against Taliban positions began in early October. Soon, special forces and CIA teams were on the ground—only several hundred American personnel—working with the Tajik-dominated Northern Alliance of Afghanistan. Several hundred Marines flew into southern Afghanistan as well. Together, in a remarkable military operation, these Americans helped the Northern Alliance overthrow the Taliban in the fall of 2001. This was a flawed masterpiece, in that Osama bin Laden and cohorts got away, into Pakistan. But in terms of military innovation and bravery, it was still a masterpiece.

A second distinct chapter played out over the next half dozen years or so, when American and NATO forces made very modest efforts to help Afghanistan form a government as well as security forces in what was sometimes nicknamed the “light footprint” approach. In this phase, Washington was preoccupied with Iraq, as were some NATO allies; no one in the alliance really prioritized Afghanistan, and the U.S. role there focused on counterterrorism, since Al Qaeda was still around in various pockets and places. Yes, we should have done more to build up the Afghan state during this golden window, when Taliban resistance was lighter. But much of the reason we chose not to try to do too much in Afghanistan then is because, as many are saying today, it was not a promising place to attempt nation-building, given all its problems. So the light footprint approach was a mistake, but a partly understandable one.

By the end of the Bush presidency, a third main phase of the U.S.-led war effort had begun. Worried by multiple signs of a strengthening Taliban, which was aided and abetted and sheltered by Pakistan, and encouraged by the success of the surge in Iraq, President George W. Bush and Secretary of Defense Robert Gates began a gradual force buildup in Afghanistan in 2008, even as both major U.S. presidential candidates advocated doing the same. Once elected, President Barack Obama conducted a big buildup in Afghanistan; U.S. forces there roughly tripled on his watch, meaning that the Afghanistan surge was an even more dramatic change relative to earlier force levels than the Iraq surge had been.

Alas, by most metrics the short-lived surge did not work so well. At best, it slowed Taliban momentum and regained parts of the country’s south, like Kandahar, but only partially and only for a limited time. The availability of quality Afghan troops was limited (we tried to double the size of the army and police between 2009 and 2011, a daunting pace), and the role of Pakistan in providing sanctuary to insurgents remained profoundly counterproductive to the mission. Afghan government corruption in some ways got worse, as we poured resources into the impoverished country faster than it could absorb them. Yes, we likely attempted too much too quickly in this phase, but by this point, the resurgent Taliban posed a major threat, and we were trying to make up for lost time.

By 2012 and 2013, the surge was ending, and a fourth phase of the American engagement in Afghanistan was emerging. The American and NATO roles were scaling back, by the end of 2014, the mission accordingly changed names from the International Security Assistance Force to Operation Resolute Support. During the next half-dozen years, the United States and NATO provided airpower, intelligence, training, equipment, mentoring, and some limited on-the-ground assistance with special forces as well as special advisory teams. But our main ground combat forces were gone, and overall U.S. troop strength was about 90 percent less than it had been during the surge. Economic development and state-building efforts continued, though with less presence in the field and generally lower expectations. The Afghan government gradually lost ground to the Taliban but, by U.S. estimates in 2018/2019, still controlled the nation’s cities and some 60 percent of its aggregate population.

The final phase, under President Joe Biden, witnessed the collapse of the Afghan government, as we pulled out fast—and arguably in violation of an agreement NATO had reached with the Afghan government back at the Chicago alliance summit in 2012, when we promised to commit to a “decade of transformation” in Afghanistan starting in 2014. To my mind, the main problem here was not poor planning over how to do the withdrawal, but the rapidity and definitiveness of the withdrawal itself as announced in April and carried out by summertime. We were not obliged to do this because the Taliban were already in violation of the February 29, 2020, accord signed under President Donald Trump, given their ongoing ties to Al Qaeda as well as their collective failure to take peace talks with the Ghani government seriously. Our decision smacked of fatalism, and Afghans, always pragmatic on the battlefield, sensed a sinking ship. That is why the army and police chose not to fight.

So yes, we made mistakes. We varied our strategy and effort too much over the years, largely ignoring Afghanistan at first, then rushing a surge to try to make up for lost time. Ultimately, once we arguably had a sustainable strategy, we then pulled the plug altogether very quickly—and unnecessarily.

This yo-yo tendency in our Afghanistan strategy led to at least two more derivative problems. First, never really settling in for the kind of steady, long-term effort that was needed, we failed to build an adequate talent pool of Americans (in the military, State Department, and aid agencies) who could become specialists on Afghanistan and go back on a predictable basis two or three times, between stints at home. As a result, personal relationships had to be reforged every twelve months or so, over a twenty-year period. (Yes, many Americans did deploy repeatedly, but in an improvised and choppy way that did not sustain the long-term working relationships needed with key Afghans.) Second, we failed to focus on marginalizing the most corrupt actors in Afghanistan. At first, we often did not know who they were, or did not expect to be in Afghanistan long enough to weaken their influence. Then during the surge, we thought we needed some of them too much in order to achieve short-term battlefield gains, so we often tolerated them—worsening the government’s image among its people and therefore facilitating Taliban recruiting efforts.

But the key challenge was in trying to help rescue an Afghan society and political system that was badly broken, in the face of an insurgency that was supported by a neighboring country. It would have been hard to stabilize the situation regardless of strategy; this was a wicked problem. The implication is that this kind of intensive state-building and stabilization enterprise should only be undertaken in the most extreme of cases, because even when done well, there is no guarantee of success and a high likelihood of high cost. Perhaps there was no real choice in Afghanistan, after the 9/11 attacks, but the lesson needs to be kept in mind for the long-term future.

A final and more hopeful note: for all their hard-line governance to date, the Taliban seem not to want to provoke us militarily. Perhaps, despite our failure at one level, they realize that the United States is a formidable foe that will fight hard to defend its security interests and allies. Perhaps, in a broader sense, the mission did not fail so comprehensively after all.

Michael O’Hanlon is the author of The Art of War in an Age of Peace: U.S. Grand Strategy and Resolute Restraint.