Why Abandoning King Abdullah Would Be Bad for America 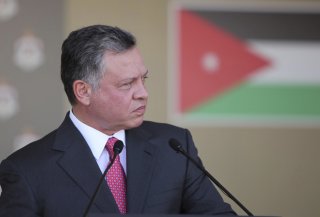 Jordan’s arrest of about twenty leading officials accused of plotting to overthrow King Abdullah II, coupled with Prince Hamzah bin Hussein’s most recent critique of his half-brother’s rule, has provided grist for both the king’s enemies and critics to accuse him of repression, mismanagement and corruption. The king and prince have long had a difficult relationship, though Hamzah denies being part of any plot. The Biden administration has thus far voiced its support for the king, much to the chagrin of the Washington Post editorial board, which recommends that “rather than blindly support the ruler, the Biden Administration and other western democracies ought to be telling him, quietly but firmly, that the repressive status quo is unsustainable.” What exactly “unsustainable” might mean, however, is not at all clear. The Washington Post offers no explanation, but the implication is clear: if the king does not bow to Western pressure and undertake serious reforms, he must face the wrath of his populace on his own. And if he is deposed, well, that’s his problem.

This is hardly the way to treat a man who has been a loyal friend of the United States—where he received his high school education—even before he succeeded King Hussein some twenty-two years ago. When the Bush administration responded to the 9/11 attacks by launching Operation Enduring Freedom, Jordan was among the first Arab states to provide material support to the American and Coalition forces in Afghanistan. Indeed, from 2012  to 2014 it deployed forces to the dangerous Helmand province in support of the international coalition fighting the Taliban.

Jordan has also supported American military efforts in both Iraq and Syria. Additionally, it has managed training programs for thousands of Iraqi Army officers. It reportedly provided key intelligence that enabled the United States to track down and kill Abu Musab al Zarqawi, the brutal leader of Al Qaeda in Iraq. Amman has also hosted an American military presence in the northern part of the kingdom, although it has not acknowledged that presence or why exactly it is there.

At the same time, Abdullah has had to face internal threats from an aggressive Muslim Brotherhood and from radical elements within the country’s Palestinian majority, both of which resented King Hussein’s 1996 treaty with Israel, which Abdullah has continued to support ever since he succeeded his father. Indeed he has done so even when, as has often been the case, Israel has angered him by pursuing a settlement expansion policy that he has consistently and vocally opposed.

The potential threats to the regime and to Jordan’s stability increased with the influx of Iraqi and Syrian refugees as a result of the sectarian fighting in Iraq and the insurrection against Syria’s Hafez al Assad. Moreover, whereas many of the more than 750,000 Iraqi refugees were relatively well off and brought skills with them that benefitted the Jordanian economy, the Syrian emigres have been more dependent on state aid creating considerable strain on Jordan’s already precarious financial situation. In addition, the government has rightly feared that among the Syrian refugees are elements that would likely join any uprising that might take place inside Jordan itself.

Some observers have noted that the flare-up with Hamzah, whom in 2009 Abdullah replaced as crown prince with his oldest son Prince Hussein bin Abdullah, is reminiscent of his father’s decision to name his own oldest son crown prince in place of Prince Hassan bin Talal, King Hussein’s brother. Actually, Abdullah had initially been named crown prince when he was a small child, but the king decided that should he not survive yet another assassination attempt, then having his brother rather than his young son assume the throne would ensure a smooth succession. When Hussein, near the end of his life, re-designated Abdullah as Crown Prince, he was in effect restoring his son to what had once been his title. Moreover, Abdullah was by then a popular leader of the crack Jordanian Special Forces who often led his units into combat. Hassan and his supporters were deeply disappointed by the king’s decision. Similarly, and not at all surprisingly, Queen Noor, Hamza’s mother, resents her step-son Abdullah’s decision to strip her son of his title and instead grant it to his own son.

King Abdullah remains a force for stability in the region, committed to peace with Israel and most importantly, a strong ally of the United States. His friendship will become even more important as Washington continues to reduce its military presence in the region and to downgrade its importance relative to East Asia and Europe. Abdullah’s departure would be certain to cause nothing but turmoil, and it is not at all clear that the Hashemite family that he leads would retain control of the country.

In February 2011, as Egyptians continued to protest Hosni Mubarak’s rule, President Barack Obama refused to entertain his Egyptian counterpart’s plea to salvage his dignity by remaining in office for several more months, despite Mubarak’s record of loyally supporting American interests in the region. Instead, Obama called for Mubarak’s immediate ouster and hailed his departure later that month. The result was more Egyptian instability, first with the Muslim Brotherhood’s Mohamed Morsi taking power in 2012 and then with his own downfall less than thirteen months later.

The Biden administration would do well not to repeat Obama’s disastrous misjudgment. Washington no longer commands the same degree of trust that its Sunni allies had granted it for decades. Mubarak’s fall contributed to that mistrust, which was further aggravated by the Obama administration’s pursuit of a deal nuclear deal with Iran. With its own designs for renewing the 2015 agreement with Iran, the Biden team should do everything it can not to further alienate its erstwhile Arab allies.

Abandoning Abdullah would not only undermine Washington’s relations with the Sunni Arabs, it could well lead to the emergence of a radical Muslim extremist government, hostile to Israel, the West in general and the United States in particular. On the other hand, by maintaining his support for Abdullah, Biden would go some ways toward demonstrating that America has finally learned the importance of keeping faith with its friends and allies in the Middle East, even as its national security priorities are of necessity undergoing fundamental change.