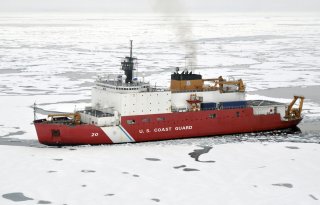 This past weekend, a small Siberian town that is known for its wild temperature fluctuations hit a scorching 100.4 degrees Fahrenheit.

The temperature has to be verified by experts, but if it holds, it will be the hottest temperature ever registered in the Arctic Circle. The initial reading was done by Pogoda i Klimat, a website that compiles Russian meteorological data.

The town enduring this heatwave that has contributed to severe forest fires is called Verkhoyansk, located in the Sakha Republic, about twenty-nine hundred miles northeast of Moscow.

Average June temperatures in Verkhoyansk reach a high of 68 degrees Fahrenheit—meaning this record-setting day was over 30 degrees hotter than average. The town’s coldest month of the year is January when the average high is a frigid minus-44 degrees Fahrenheit.

This year, much of Siberia has witnessed unseasonably high temperatures—18 degrees higher than normal in May—leading to extensive wildfires.

Past studies have shown that the Arctic is warming twice as fast as the rest of the planet through a process known as Arctic amplification.

Amid increasing ice melt in the region, this leads to seasonal snow cover that isn’t as white and naturally absorbs more sunlight—driving forward more warming, according to the National Oceanic and Atmospheric Administration.

According to a recent study published in the journal Geophysical Research Letters, even if the carbon emissions propelling climate change are slashed rapidly, the Arctic Ocean will likely be ice-free during summers before the year 2050.

If the greenhouse gases remain at sky-high levels, there is the potential risk that the Arctic could be ice-free even in the cold winter months. Scientists have called this scenario “catastrophic.”

Changes in the global climate are also being increasingly linked to higher rates of extreme weather, including more destructive typhoons and hurricanes.