Yes, 2020 Expected to Be Warmest Year on Record 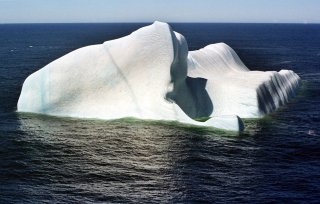 If temperature readings from last month are any indication, it’s indeed becoming increasingly likely that 2020 will be the hottest year globally since records have been kept, which date back to the late 1800s.

The global average temperature last month was 60.3 degrees Fahrenheit, matching 2016 for the hottest May in 141 years of record keeping, according to the National Oceanic and Atmospheric Administration.

In continuing with the recent trend, the world’s five warmest years on record have all occurred since 2015.

The registered temperature was 1.7 degrees higher than the 20th-century average for the planet. Moreover, the temperature on land set a heat record, while ocean temperatures came in second all-time.

“We continue to warm on the long term and in any given month we’re likely to be knocking on the door, close to a record in the era that we’re in,” NOAA climate monitoring chief Deke Arndt told The Associated Press.

Large regions of Africa, Asia, western Europe, South and Central America experienced record warmth. One of the few places that was cooler than average in May was much of Canada and the eastern United States, according to NOAA.

That, however, is doing little to slow down the rise of 2020’s overall temperatures.

Both NASA and Berkeley Earth have 2020 ranked as the second warmest on record, a notch below 2016. That year witnessed the Super El Niño, in which the tropical Pacific Ocean releases large amounts of heat into the atmosphere, boosting the chances of future record-breaking warm years.

Moreover, scientists pointed out that we are currently at the bottom of the 11-year solar minimum, when the incoming energy from the sun is reduced.

Scientists have been particularly interested in a large region of Russia, with intense warmth focused in Siberia. The unusual warmth in that region might be igniting what scientists have dubbed “zombie” fires, which occur from blazes that burn deep into the soil the previous year and continue to smolder underneath the snow in winter.

The Arctic Circle regions most affected by the fires last year “were experiencing warmer and drier surface conditions, providing the ideal environment for fires to burn and persist,” Mark Parrington, a senior scientist and wildfire expert with the Copernicus Atmosphere Monitoring Service, said in a release.

“We have seen satellite observations of active fires that hint that ‘zombie’ fires might have reignited, yet it has not been confirmed by ground measurements. The anomalies are quite widespread in areas that were burning last summer. If this is the case, then, under certain environmental conditions, we may see a cumulative effect of last year’s fire season in the Arctic which will feed into the upcoming season and could lead to large-scale and long-term fires across the same region once again.”