Can Liz Truss Save the Iran Nuclear Deal? 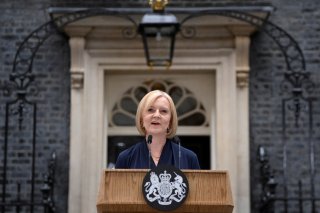 Liz Truss was elected last week as Boris Johnson’s successor, making her the United Kingdom’s third female  prime minister. Some analysts believe that she will take a tougher stance against the Islamic Republic of Iran than her predecessor. Truss is an unwavering supporter of Israel, Iran’s nemesis, and she has taken severe measures against Russia, an Iranian ally, throughout the Russo-Ukrainian War.

After Israeli airstrikes against Gaza left a trail of destruction and deaths in early August, Truss said, “The U.K. stands by Israel and its right to defend itself.” She is a staunch Israeli ally in the United Kingdom, going far beyond other European leaders in her support. The new prime minister could be the first Western leader to follow in former President Donald Trump’s footsteps and move the British embassy from Tel Aviv to Jerusalem. “I understand the importance and sensitivity of the location of the British Embassy in Israel. I have had many conversations with my good friend Prime Minister Yair Lapid on this topic. Acknowledging that, I will review a move to ensure we are operating on the strongest footing within Israel,” wrote Truss in a letter to the Conservative Friends of Israel, an influential advocacy group within the ruling party. Moreover, Israeli prime minister Yair Lapid congratulated Truss from his official Twitter account, describing Truss as “my good friend, and a great friend of Israel.”

Throughout the war between Russia and Ukraine, Truss’ hardline policies against Russia have been spotlighted by major media, with her support for arming Ukraine and damaging Russian forces positioning the United Kingdom as a close ally of Ukraine.

As a pragmatic politician, she is entirely result-oriented and deals with issues practically. On Iran, she was a foreign secretary who solved two old and complicated problems with the Islamic Republic. After five foreign secretaries withheld Britain’s debt for an order of 1,500 British Chieftain tanks and 250 armored vehicles that was canceled after the 1979 revolution, Truss transferred £400 million to Iran. In addition, Truss ultimately secured the release of two British-Iranian dual nationals held in Iran, Nazanin Zaghari-Ratcliffe and Anoosheh Ashoori, in March 2022. “She delivered on her promise to us to get Nazanin home. After five foreign secretaries, that matters. She did the one thing everyone knew would work: she paid the UK’s debt,” wrote Richard Ratcliffe, the husband of Nazanin Zaghari.

Over the past year, Truss has been in constant contact with Iranian foreign minister Hossein Amir-Abdollahian. The two sides held several meetings and phone calls about detainees in Iran and the Iran nuclear deal. “I am absolutely determined to secure the release of detained British nationals. And I want to bring Iran back to the table on the nuclear deal and return to Vienna talks,” Truss wrote after a meeting with the Iranian foreign minister.

Diplomatic engagement over Iran’s regional activities will be vital in the coming talks between the Truss and Biden administrations. The United Kingdom has more influence on the White House’s decisions than other European countries, and the United States could use the positive experiences between Iran and Truss to give a mediatory role to Britain in efforts to solve bilateral problems.

There is no doubt that Truss stands shoulder to shoulder beside the Biden administration and its European allies on the Iran nuclear issue. But as a pragmatic politician with past successes in dealing with the Islamic Republic and significant foreign policy experience, Truss could play a key role in finalizing the delicate talks and mitigating disagreements.

Since last year, American and Iranian diplomats have held a marathon of European Union-mediated negotiations to salvage the Joint Comprehensive Plan of Action (JCPOA), better known as the Iran nuclear deal. However, Republicans in the United States and supporters of Israel in the United Kingdom, who are close to Truss, oppose reviving the JCPOA, which the Trump administration withdrew from in 2018. Nevertheless, the new British prime minister supports restoring the deal to restrain Iran’s nuclear program. Still, she issued a stark warning to Iran, saying, “I have been clear that progress on the Joint Comprehensive Plan of Action is not moving fast enough, and I assure you that if the JCPOA collapses, all options are on the table.”

Although Truss faces disastrous economic problems at home, foreign issues are on her agenda, and Iran has always been an important issue for Britain. When Truss entered 10 Downing Street, large pictures of Truss and hopeful titles in some Iranian reformist newspapers welcomed her into the new position. Afterward, the official state newspaper of the government rebuked those newspapers and wrote, “consider the anti-Iranian stances of the new British Prime Minister, the question is, what is the meaningful alignment between this anti-Iranian figure and the approach of some domestic media?”

To fill the EU’s vacuum after Brexit, British policymakers have tied the country’s foreign policy closer to U.S. strategy. Moreover, there are no signs of any disagreements between the two countries. With this in mind, Truss is an ideal prime minister for Washington. Truss is more hawkish against U.S. adversaries than Johnson, and she could take a tough stance against Russia, China, and Iran. She would not hesitate to increase defense spending. When President Joe Biden congratulated Truss over the phone last Tuesday, both leaders promised to prevent Iran from obtaining a nuclear weapon.

Clearly, the prospects for Iranian-British relations heavily depend on the result of the talks to revive the JCPOA. Of course, due to the overly negative image in the Iranian memory caused by Britain’s colonial performance in Iran, a new prime minister will not end the poor relations between the two sides. However, Truss could meet Iranian officials as soon as the UN General Assembly in late September. Now, after the passing of Queen Elizabeth II and the election of a new prime minister in the United Kingdom, it remains to be seen whether the two sides can make any fundamental changes to their relationship.