Can Saudi Arabia-Lebanon Relations Be Salvaged? 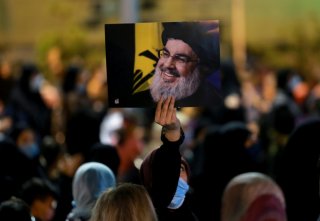 Lebanon and Saudi Arabia are now mired in a new diplomatic rift after pro-Houthi comments made by Lebanese information minister George Kordahi angered the kingdom. The ties between these two nations were already strained, begging the question: Can Lebanon’s relationship with Saudi Arabia be salvaged?

Kordahi, a former game show host turned politician, said in August that the Iranian-backed Houthi rebels in Yemen were “defending themselves” from Saudi aggression. That his comments came a couple of weeks before the new Lebanese government, in which he serves, was formed and took an official stance of neutrality on the conflict has made little difference for the Saudis and their allies in the United Arab Emirates (UAE) and Bahrain. Each of these states, which are involved in a coalition against the Shia militants in Yemen, quickly suspended contact with Beirut. Kordahi’s blunt criticism was the last straw for the Saudis, who are now using it as a pretext to argue Lebanon has fallen under the control of Hezbollah, a militant and political party, who is aligned with Iran and provides the Houthis with material support.

Lebanon’s new prime minister, Najib Mikati, had initially asked Kordahi to take the “right” position and adopt the country’s official stance on the question of the Saudi military campaign in Yemen. This appeal to the information minister’s ostensible patriotism apparently has been agreed upon. Kordahi said he is willing to resign if it “guarantees” a change in Gulf policy towards Lebanon. Mikati also lobbed harsh words regarding Hezbollah and its allies, saying “anyone who thinks they can impose on the Lebanese choices that steer them away from their history, their Arab depth, and their close ties with the Arab countries and the Gulf states, especially with Saudi Arabia, is also wrong.”

With such statements, Mikati is applying all crisis control mechanisms to save Lebanon’s Gulf connections and let normal relations resume. Additionally, Lebanon’s President Michel Aoun made his own efforts to calm the row with Saudi Arabia by calling for the “best relations” with the Gulf, alongside proposals for solidifying them via new bilateral agreements.

As Lebanon’s top officials scramble to salvage their country’s ties with fellow Arab states, some are calling on all actors to consider the damaging repercussions this new rift has on Lebanese livelihoods.

In an appeal to the Gulf countries, Arab League secretary-general Ahmed Aboul Gheit requested that they “reflect on the measures proposed to be taken in order to avoid further negative effects on the collapsing Lebanese economy.” A delegation from the Arab League arrived in Beirut to get a better understanding of Lebanon’s official position and to find an exit that is suitable for both Arab countries. It is extraordinary that Saudi Arabia is open to restoring relations with the regime of Bashar al-Assad in Syria and negotiating with the Iranians, but is punishing Lebanon because of one political party—Hezbollah. But while Riyadh prefers not to deal directly with the government, it is still maintaining contact with some political leaders.

Right before departing, Walid Bukhari, the former ambassador to Lebanon, met with the leader of the right-wing Christian Lebanese Forces party, Samir Geagea. The meeting lasted for an hour and a half, with the conversation focusing on political developments in Lebanon and the growing opposition to Hezbollah’s influence. Geagea’s party is accused by Hezbollah for trying to trigger a sectarian war between Christians and Muslims after seven pro-Hezbollah protesters were killed in the Christian-majority suburb of Tayouneh. Last July, Geagea said that, for the past fifteen years, Lebanon has been “cursed” with groups that are acting against the country’s national interest, including not having good foreign relations.

That may be true, however, this chapter of Lebanon’s political crisis is caused by Saudi Arabia’s hatred for Hezbollah’s activities in the region and increased influence in Lebanon’s institutions. As Saudi foreign minister Prince Faisal bin Farhan al-Saud said in a recent interview, Kordahi’s comments are a symptom of Hezbollah’s continued domination of Lebanon’s politics.

Moreover, Riyadh is now more determined to make the Lebanese understand that it wants Hezbollah to be controlled and kept in check. Saudi Arabia is making clear that it is not obliged to come to Lebanon’s economic aid while one of its political parties is actively participating in a war against the security of the kingdom. Hezbollah’s involvement in Yemen is due to its ideological allegiance to Iran, not to defend Lebanon’s national interest. Decisionmakers in Riyadh certainly understand this fact.

Nevertheless, the Saudi leadership is making a serious error in judgement by reducing diplomatic ties with Lebanon. It is more of a symbolic gesture in protest than a pragmatic decision predicated on evidence that such a move will produce the kind of relationship both nations would like to foster. The best strategy is engagement, not isolation. It will only compound Lebanon’s crisis by not giving the Lebanese a strong international partner—something they so desperately need. It also will force them to increasingly rely on Hezbollah for their only means of survival, something Saudi Arabia claims to be against.

If Riyadh truly wants to combat Hezbollah’s power in Lebanon, it should start by delivering to the Lebanese Armed Forces its promised payment of $3 billion to upgrade some of its obsolete hardware with more modern weaponry. Saudi Arabia can also send much-needed fuel to Lebanon’s citizens—who are suffering from one of their worst energy shortages in decades—instead of letting Hezbollah appear as the “people’s champion” by bringing in Iranian oil.

The Saudis and the Gulf have the ball on their side of the court. If the Lebanese are put in a corner to choose humiliation over Iranian support, they will certainly and justifiably choose the latter. The Lebanese need a viable alternative to Hezbollah, but, given the Gulf’s recent actions, that is unlikely to manifest anytime soon.