As China Ups the Ante on Taiwan, Taipei officials Warn of a ‘Grave’ Military Threat 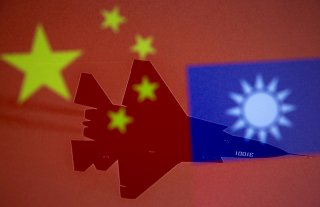 Asked about the incursion, Taipei officials have expressed their resolve to resist what they describe as Beijing’s relentless effort to apply military pressure on Taiwan. “Their intention is to slowly exhaust, to let you know that we have this power,” said Defense Minister Chiu Kuo-cheng during a parliamentary briefing. “Our national forces have shown that, while you may have this power, we have countermeasures.” This latest incident comes on the heels of the largest-ever PLAAF incursion into Taiwan’s ADIZ, with a record 149 Chinese military aircraft spotted near the island from October 1-4. Taiwan’s Defense Ministry warned earlier this month that the PLA’s modernization programs pose a “grave threat” to Taiwan’s national security, adding that China has the capability to stage a coordinated military blockade against the island’s key “harbors, airports, and flight routes.”

Washington has taken steps, met with vigorous protest from Beijing, to reassure Taipei. A bipartisan delegation of five U.S. lawmakers arrived in Taipei last week to meet with Taiwanese officials. The trip prompted immediate backlash from Beijing, with Foreign Ministry spokesperson Wang Wenbin demanding the United States “immediately stop any form of official interaction with Taiwan.” It was revealed that same week that the Biden administration has invited Taiwan to participate in Washington’s upcoming “Summit for Democracy”, a move also sparking immediate condemnation from Chinese officials.