Hitler's Only Aircraft Carrier Was a Total Failure 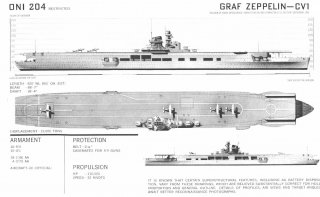 Key Point: Graf Zeppelin could have thrown a wrench into Allied naval warfighting plans; in the Arctic, for example, it could have caused major problems for Murmansk convoys. It is fortunate that the Nazis never had the opportunity to put it to use.