Meet The Best Five Carrier Fighters Ever To Fly 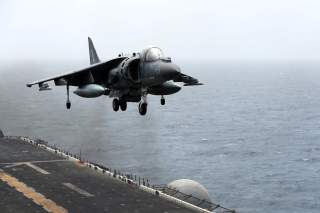 Key Point: Yet since World War II, exceptional carrier-based fighters have repeatedly more than held their own against land-based adversaries.

There have been many variants of the Harrier built by various manufacturers, but their basic appeal was always the same: their vector-thrust turbofans allowed them to takeoff and land vertically like a helicopter from the deck of a small amphibious carrier or a remote forward bases lacking traditional runways.