RAH-66 Comanche Helicopter: Amazing to Look At (But a Massive Failure) 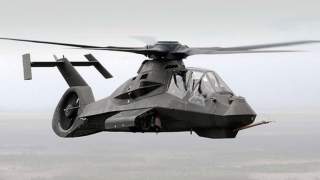 Pop quiz: what prominent U.S. military aircraft has a stealthy radar cross section and advanced networked sensors but has gone billions over budget and has fallen years behind schedule?

While the F-35 stealth fighter might come to mind today, in 2004 the most timely answer might have been the RAH-66 Comanche. The slick-looking stealth helicopter spent twenty-two years in development, consuming over $7 billion dollars before being abruptly canceled with only two flying prototypes to show for it.

The Comanche sprang of by the Army’s Light Helicopter Experimental program conceived during the defending spending glut of the 1980s. Among other objectives, this program sought a replacement for the Army’s OH-58 Kiowa and OH-6 Cayuse scout helicopters, which were derived from the civilian Bell 206 JetRanger and Hughes 500 choppers.

Scout helicopters were primarily tasked with spying out enemy positions and designating them for attack by friendly forces. However, they also were suitable for attacking lightly defended targets with rocket pods, miniguns, and even tank-busting TOW or Hellfire missiles, while armored Apache gunships tackled heavier foes.

And what better way to outwit these radar-guided systems than with the stealth technology then being pioneered on the Air Force’s F-117 stealth jet?

After six years of conceptual dithering, in 1988 the Army finally issued a Request for Proposals and selected in 1991 a futuristic designed proposed by Boeing and Sikorsky. This RHA-66 (Reconnaissance Attack Helicopter) was formally named after the Comanche Native American tribe per Army custom. You can see 90s-era design documents here.

The Pentagon allocated $2.6 billion to developing the chopper, 1,200 of which were eventually planned for manufacture at the Sikorsky factory in Bridgeport, Connecticut for a total cost of $34 billion ($28 million per helicopter).

That same year saw the dissolution of the Soviet Union—along with the rationale, and budget, for building many gold-plated U.S. weapon systems such as the Sea Wolf-class submarine.

Nonetheless, Boeing and Sikorsky proceeded with the development of two prototypes shaped with non-radar-reflective surfaces made out of radar-absorbing composite materials. This allegedly gave the Commanche 1/250th the radar cross-section of an OH-58, allowing it to approach four times closer to an enemy prior to detection.

A heat-dispersing scheme channeled hot exhaust into the tail for cooling by the shrouded tail fan and used infrared-dampening paint to reduce the scout chopper’s heat signature to one-quarter of normal. Even the five downward-canted blades atop the Comanche’s top rotor were designed to produce half as much noise as a regular helicopter.

Should it be detected, the Comanche was further shielded by radar warning systems, self-defense jammers, chaff and flare dispensers, and enough Kevlar and graphite armor to withstand heavy machine-gun rounds and 23-millimeter shells.

A pilot and weapon-systems officers sat in a tandem arrangement, operating the helicopter with special helmet-mounted sights and liquid-crystal multi-function displays. Like a stealth fighter, the Comanche could carry up to six Hellfire anti-tank missiles in internal weapons bays so that the protruding weapons didn’t increase its radar signature. Even the scout chopper’s landing gear and chin-mounted triple-barrel 20-millimeter XM301 Gatling cannon were designed to retract inwards. Should firepower take precedence over stealth, the RAH-66 could fit wing-stubs allowing it to more than double its weapons load.

The Comanche was also the ultimate “dog-fighting” helicopter—with an impressive maximum speed of two-hundred miles per hour, the agility to pull off tight turns and near loop-de-loops, and capacity for twelve AIM-92 Stinger heat-seeking anti-aircraft missiles. The chopper’s triple-redundant fly-by-wire flight control kept it stable even while undertaking tight maneuvers. In 1999 a videogame was even released pitting the much-anticipated scout helicopter against the equally nimble Russian Ka-52 Hokum attack helicopter.

The RAH-66 used a long-range Forward Looking Infrared Sensor to spot enemies, which it could then illuminate with a laser targeter. A millimeter-wave Longbow radar could be optionally mounted atop the rotor, allowing the crew to “peek” over concealing hill crests and trees. Sensor data could then be relayed to friendly forces via high-speed data links.

In January 1996 a RAH-66 prototype finally made its first flight and a second prototype joined it three years later. But as later occurred with the F-35, the Comanche incorporated so many brand-new technologies that developing, debugging and integrating nearly tripled development costs over time. For example, the helicopter came to be hundreds of pounds heavier than expected, resulting in post-facto weight-trimming and efforts to develop more powerful T800 turboshaft engines. The RAH-66’s software proved buggy, it sensors unreliable, and its radar absorbent materials susceptible to erosion when exposed to rain.

By 2002, the cost-overruns and delays had won the Comanche many bureaucratic foes, and wars in Afghanistan and Iraq soon diverted spending to pressing operational contingencies, resulting in planned procurement to nearly halve at 650.

Finally, in 2004 the Comanche was abruptly canceled after over $7 billion in spending, including a half-billion-dollar cancelation penalty. The two prototypes are now displayed the Army’s Aviation Museum at Fort Rucker, Alabama.

Had the Pentagon poured in additional billions, the RAH-66’s lingering bugs might eventually have been ironed out, resulting in a decent scout helicopter. But the twenty-two-year-old program simply was no longer relevant enough to justify its financial excesses.

For one, stealth is much more of a “trump card” for a high and fast-flying jet plane than a helicopter flying at a fraction of the speed at low altitude. While the Comanche’s stealth properties were certainly useful, the helicopter would have remained vulnerable to all manner of short-range anti-aircraft weapons and likely heat-seeking missiles. Indeed, the Army deemed the RAH-66 would have required costly additional upgrades to survive the latest SAM systems.

Furthermore, unlike the F-35, the Comanche was fulfilling a relatively niche support role in the Pentagon’s war machine. The RAH-66 procurement would have consumed roughly 40 percent of the Army’s annual aviation budget, even though transport and attack helicopters were higher priorities.

Besides, AH-64Ds were already being fielded with Longbow radars. And for surveillance mission, the Army preferred to invest in cost-effective drones that could undertake risky scouting missions without placing human lives at risk.

As Lt. Col. Dan Ward put it in a lacerating piece in Time Magazine, the Comanche was “unaffordable, unnecessary and—despite more than two decades of effort—incomplete.”

The RAH-66 numbered amongst five Army programs that collectively sucked $30 billion in spending without producing any operational systems. At best, the RAH-66 pioneered technologies believed to have been integrated into special MH-60 Blackhawk stealth helicopters used to perform secretive commando missions including the Navy Seal raid which killed Bin Laden.

The Army went on using OH-58D Kiowa Warriors in Afghanistan and Iraq until the type was finally retired in 2017—leaving the Army without any medium scout helicopters. Several attempts to procure low-cost replacements such as the OH-58F and the ARH-70 Arapaho subsequently fell through. Late-model AH-64E Apache Guardians have replaced Kiowas in Attack/Reconnaissance battalions, but have proven a poor fit for the mission.

Thus history seemingly is repeating itself as the Army is yet again seeking another cutting-edge scout helicopter called Future Armed Reconnaissance Aircraft to enter production in 2028. If FARA can overcome a legacy of past failures, it will likely do so by incorporating mature, affordable technologies and staying committed to disciplined budgets and development processes.

The Comanche, in theory, might have been an awesome-looking helicopter—but that did not make it any less of a poorly managed defense program.

Sébastien Roblin holds a master’s degree in conflict resolution from Georgetown University and served as a university instructor for the Peace Corps in China. He has also worked in education, editing, and refugee resettlement in France and the United States. He currently writes on security and military history for War Is Boring. This first appeared several months ago.