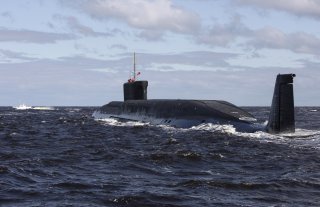 “As its main advantages, the Bulava is easy in its maintenance and can maneuver at its boost stage, which makes the missile invulnerable to any ABM (Anti-Ballistic Missile) system,” Chief of Staff of the Pacific Fleet’s Submarine Force Command Rear Admiral Arkady Navarsky told reporters in October.

"Defense enterprises are required to reliably fulfill their commitments and ensure the smooth delivery of military hardware and armaments throughout the year to reach the level of modern weapons of no less than 72.7%," he said.

Krivoruchko’s statement follows earlier optimistic forecasts by Shoigu that Russia’s level of nuclear modernization has reached an all-time high of 89.1%. The Defense Ministry has not publicly shared its standards for what qualifies as “modern” military hardware, a category that may imply a specific procurement cut-off date or certain performance requirements. A significant portion of Russian defense equipment-- including some of the country’s most prolific main battle tanks (MBTs) and aircraft-- is still based on upgraded variants of Soviet-era designs.