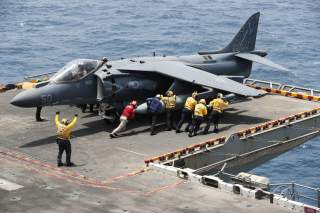 Key point: These planes were very useful and their nation's carriers were happy to have them.