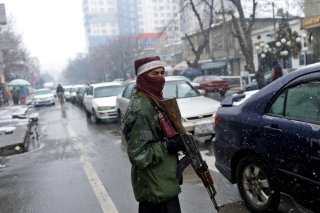 A United Nations report published on Sunday stated that more than 100 former members of the U.S.-backed Afghan government have been killed since the Taliban’s takeover in August 2021, appearing to violate a commitment that the group made to not pursue recrimination against its former enemies.

“Despite announcements of general amnesties for former members of the Government, security forces and those who worked with international military forces, UNAMA (the United Nations Assistance Mission in Afghanistan) continued to receive credible allegations of killings, enforced disappearances, and other violations” against Afghans who worked for the previous government and for coalition forces, the report said.

The Taliban murdered “more than two-thirds” of the roughly 100 officials named, according to UN Secretary-General Antonio Guterres, whose office issued the report. In addition to the killings, the report also listed the cases of around forty other Afghans who were arrested, subjected to intimidation, or beaten by Taliban members.

The report also indicated that the Taliban had extrajudicially executed at least fifty Afghans who were accused of allegiance to ISIS-K.

In its efforts to seek international recognition, the Taliban’s interim government has attempted to portray itself in a positive light. Taliban officials have argued that the new government intends to represent the interests of all Afghans, including women and religious minority groups. Taliban officials highlighted these qualities in recent meetings in Oslo with Norwegian and other Western officials, where the group’s spokesmen urged the West to provide funds to the country in order to prevent a famine.

However, skeptics of the Taliban’s new vision have noted that its interim government, led by Emir Hibatullah Akhundzada and Prime Minister Mohammad Hasan Akhund, is entirely male. Girls’ schools have remained closed throughout the country since the group’s August takeover, and nearly all women working for the municipal government in Kabul, Afghanistan’s capital, were recently fired.