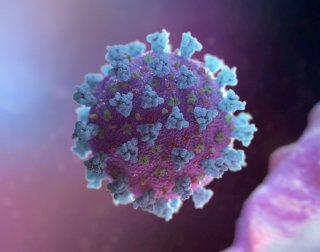 White House coronavirus advisor Dr. Anthony Fauci has emphatically confirmed that the United States has the worst coronavirus outbreak in the world.

“Yeah, it is quantitatively if you look at it, it is. I mean the numbers don’t lie,” Fauci said Wednesday during an interview with CNN’s Dr. Sanjay Gupta on Harvard’s School of Public Health website that was streamed on Facebook Live.

The United States accounts for a tiny percentage of the world population but has a sizeable lead over all other countries in terms of coronavirus infections and related deaths.

“We’re not quite 5% of the world’s population, yet represent 20% to 25% of the world’s infections … I mean, that has to be the worst. Is it not the worst?” the seventy-nine-year-old infectious disease expert said.

There are now more than 18.6 million confirmed cases of coronavirus worldwide, including at least 702,000 deaths, according to the latest data from Johns Hopkins University.

The United States has nearly 4.8 million confirmed infections and more than 157,000 deaths.

Fauci noted that America could have launched a coordinated effort to combat the virus early in the outbreak, but unfortunately, didn’t fully take advantage of that window of opportunity.

The United States was able to make some headway and bring cases down to a plateau of 20,000 new infections per day, which Fauci noted wasn’t an adequate “baseline” number and allowed the contagion to resurge in some previously hard-hit states as they reopened.

“We can do much better, and we can do much better without locking down and I think that strange binary approach, either you lockdown or you let it all fly, there’s some place in the middle when we can open the economy and still avoid these kind of surges that we’re seeing,” he said.

Fauci reiterated his stance that America needs a more unified response that includes all age groups to successfully limit the spread of the virus.

The director of the National Institute of Allergy and Infectious Diseases also said that he and his family have required continued security amid death threats from people angry over his guidance during the months-long pandemic.

“The unseemingly things that crises bring out in the world, it brings out the best of people and the worst of people, and getting death threats to my family and harassing my daughters to the point where I have to get security—it’s amazing,” Fauci said.