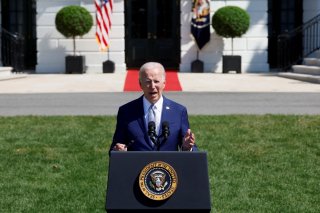 The U.S. Treasury Department announced on Thursday that it had placed additional sanctions on several members of Iran’s government who were associated with the crackdown against the country’s ongoing protest movement sparked by the death in police custody of twenty-two-year-old Mahsa Amini on September 16.

The new sanctions, instituted by the Treasury Department’s Office of Foreign Assets Control (OFAC), applied to seven Iranian officials, including Interior Minister Ahmad Vahidi, Communications Minister Eisa Zarepour, and director of the Iranian Cyber Police Vahid Mohammad Naser Majid. U.S. Treasury official Brian Nelson indicated that the three men and four others had been heavily involved in “violence against peaceful protesters” during the government’s crackdown on the protests and had helped to organize Iran’s nationwide internet blackout.

“The rights to freedom of expression and of peaceful assembly are vital to guaranteeing individual liberty and dignity,” Nelson said. “The United States condemns the Iranian government’s Internet shutdown and continued violent suppression of peaceful protest and will not hesitate to target those who direct and support such actions.”

The statement noted that Iranian police forces had used lethal force against the demonstrators during the Amini protests and previous demonstrations since late 2017.  It described the violence as a “key instrument of the Iranian regime in its ongoing repression of its own people,” arguing that they had killed thousands of Iranians during previous protest movements and had already killed “at least dozens” during the current wave of unrest. It emphasized that Vahidi, in particular, had “explicitly threatened” violence against protesters on past occasions.

Once the sanctions went into effect, they froze the seven men’s assets in the United States and warned that any foreign financial institution that continued to do business with them could itself be the subject of future sanctions. However, it is unclear what effect these sanctions will have, as none of the seven are known to have assets in the United States, and the activities of foreign banks are already heavily restricted within Iran.

The protests against Amini’s death have continued for more than three weeks, resulting in more than one hundred deaths and thousands of injuries and arrests. Iranian officials, including Supreme Leader Ali Khamenei, have expressed regret over Amini’s death but have been wholly unsympathetic to the protesters, accusing them of violence and immoral conduct and arguing that they constitute an existential threat to Iran’s clerical system of government.