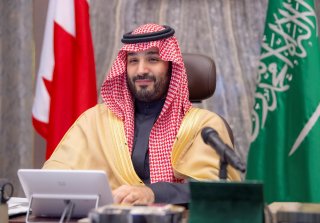 Saudi crown prince Mohammed bin Salman, commonly known as MBS, was named prime minister on Tuesday, formally giving him leadership over the country as its head of government as he prepares to succeed his father, eighty-six-year-old King Salman bin Abdulaziz Al-Saud.

The appointment occurred as part of a cabinet reshuffle at the highest level of government, according to the state-run Saudi Press Agency. Although it formalizes MBS’s rule at the head of the cabinet, the crown prince was already widely regarded as Saudi Arabia’s de facto leader due to his father’s reportedly ailing health. Prior to serving as prime minister, MBS served as deputy prime minister under his father, as well as defense minister—a role that has now been transferred to Khalid bin Salman, MBS’ younger brother and the former deputy defense minister.

All other senior ministers within the Saudi cabinet, including Foreign Minister Prince Faisal bin Farhan and Finance Minister Mohammed al-Jadaan, will keep their posts.

The office of the Saudi prime minister—the formal head of government within Saudi Arabia’s government—has traditionally been occupied by the country’s king, with some exceptions throughout Saudi Arabia’s ninety-year history. King Salman did not provide a rationale for the cabinet reshuffle but indicated that he would continue to chair cabinet meetings when he attended.

Although Saudi officials generally do not comment on the king’s health, Saudi state media reported in May that he had been hospitalized for general medical examinations, and MBS has filled in for him at many public appearances, leading to quiet speculation about his health.

In addition to his role as Saudi crown prince, MBS is also widely known outside the country for his role in promoting the “Vision 2030” economic plan. The initiative intends to diversify Saudi Arabia’s heavily oil-based economy and expand the country’s small private sector, making it a regional hub for commerce and enterprise. The crown prince also masterminded Saudi Arabia’s military intervention in neighboring Yemen, which has continued for seven years with little progress against the Houthi rebels.

MBS is perhaps best known in the West for his alleged involvement in the murder of Saudi dissident journalist Jamal Khashoggi in the Saudi consulate in Istanbul, Turkey. In the aftermath of Khashoggi’s disappearance, many Western investors pulled out of a Saudi event intended to generate foreign investment in the country.

However, the crown prince’s reputation has been partially rehabilitated over the past year. On a trip to Turkey in June, Ankara and Riyadh re-established full diplomatic relations after they were downgraded following Khashoggi’s murder, and President Joe Biden fist-bumped him during his visit to Jeddah—a gesture widely framed as an attempt to resume the normal U.S.-Saudi partnership in the West.