Could China’s New Quantum Radar Be a Submarine Killer? 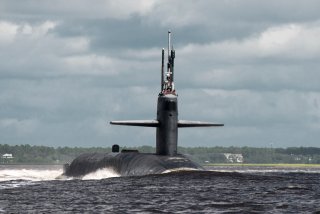 Here's What You Need To Remember: Satellites, too, could use quantum sensors to influence submarine warfare.  Satellites using quantum gravimeters, which could improve sensitivity of sensors designed to detect and measure gravity fields, could potentially detect submarines, or more likely, map out seafloors with new levels of precision.

According to some evaluations, today’s cutting-edge submarines like the Virginia- and Sea Wolf-class attack submarines have been evaluated to run only five decibels louder than average oceanic background noises.  Even less-expensive Swedish air independent propulsion submarines have successfully passed undetected to sink U.S. carriers during exercises.

Yet some naval analysts are decidedly bearish on the prospects of submarine stealth in the twenty-first century, looking ahead to highly sensitive low-frequency sonars, advanced satellite-based optical sensors that may bypass acoustic-stealth entirely, and powerful computer processors that can churn through vast quantities of data to discriminate faint contacts from background noise. China is even developing a satellite-based laser surveillance system aimed at detecting vessels submerged as deep as five hundred meters.