This One Picture Shows Why North Korea's Army Is a Mess 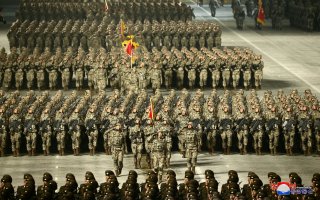 Here's What You Need to Know: This is one really old and bloated military force.