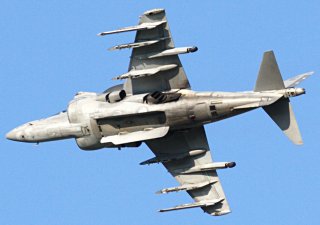 Here's What You Need To Remember: McDonnell Douglas manufactured AV-8 Harriers also performed well in combat over Afghanistan and Iraq and remains in service with the U.S. Marines and the navies of Spain and Italy. They will be replaced by F-35B jump jets, which despite significant teething and cost issues, promise a tremendous improvement thanks to supersonic flight capability, stealth characteristics, and advanced avionics.

Sébastien Roblin holds a master’s degree in conflict resolution from Georgetown University and served as a university instructor for the Peace Corps in China. He has also worked in education, editing, and refugee resettlement in France and the United States. He currently writes on security and military history for War Is Boring. This article first appeared earlier and is being reposted due to reader interest.