The U.S. Air Force Wants a New ‘Century Series’ of Jet Fighters—But Should They? 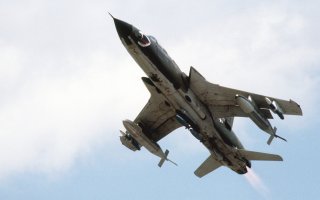 Here's What You Need to Know: Most of the Century Series failed to provide the lasting value of contemporaries such as the A-4 Skyhawk, B-52 bomber and F-4 Phantom.

In September 2019, the Air Force Assistant Secretary for technology acquisitions Will Roper called for a new “Century of Series” of jet fighters.