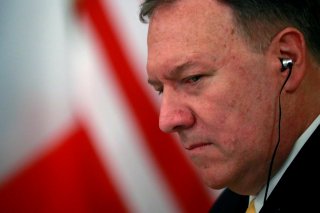 The Department of State has imposed new sanctions aimed at depriving the Cuban government of tourist revenue as the Trump administration quietly steps up economic measures against left-wing, anti-U.S. governments in Latin America.

The administration is publicly focused on pursuing maximum pressure against Iran and great power competition with China. But its pressure campaign against Cuba, Venezuela, and Nicaragua—a trio of left-wing Latin American governments—has also accelerated in recent weeks.

The sanctions against Cuba, announced on Wednesday, will ban American tourists from doing business with six different tourist attractions allegedly owned by the Cuban government, as well as the Cuban bank FINCIMEX.

“These seven subentities disproportionately benefit the Castro dictatorship, a regime which uses the profits from these businesses to oppress the Cuban people and to fund its interference in Venezuela, at the expense of the Cuban people or private enterprise in Cuba,” Secretary of State Mike Pompeo said in a statement.

“The Cuban people deserve democratic government, freedom of speech and religion or belief, economic prosperity, and respect for human rights,” he added. “The United States stands with the Cuban people as you struggle to achieve this vision and look forward to the day when the dream of freedom becomes reality.”

Pompeo had unveiled sanctions on Tuesday against four different companies that were helping export Venezuelan oil. Two weeks ago, his Department of State targeted Nicaragua’s top army commander and minister of finance with human rights sanctions.

The Secretary of State has also tried to stop Cuba from renting its doctors to coronavirus-stricken European countries and Venezuela from trading its gold for Iranian oil with less success.

The Trump administration has made clear that it hopes to weaken all three states, which former National Security Advisor John Bolton had referred to as the “troika of tyranny,” the “triangle of terror” and the “three stooges of socialism” in a 2018 speech.

President Donald Trump reversed the previous Obama administration policy of diplomacy towards Cuba, downgrading diplomatic relations that had been re-established in 2015 for the first time since the early Cold War.

Pompeo added Cuba back to the list of countries that are uncooperative with U.S. counterterrorism efforts last month. This could be a stepping stone to re-designating the country as a state sponsor of terrorism.

Congress and the Trump administration have also imposed sanctions on the Nicaraguan government in support of an ongoing protest movement. The ruling Sandinistas have met the protests, which began in 2018, with deadly force.

But the Trump administration’s most ambitious policy has been in Venezuela, where the United States is now seeking to help Venezuelan National Assembly leader Juan Guaidó overthrow disputed president Nicolás Maduro.

“We desperately want to return Venezuela to its democracy and let it flourish in a way that we know that it can,” Pompeo told the Ben Shapiro Show last month. “Our mission set is clear. President Trump’s given real guidance to put pressure on Maduro so that he and the Cubans will leave, and when we get that, we’ll restore democracy there.”

This article originally stated that Cuba was added to the state sponsors of terrorism list. In fact, Cuba has been listed as a country that does not fully cooperate with counterterrorism efforts. The article has been updated to reflect the correct information.

The ‘Troika of Tyranny’ Is a Mistake