5 Reasons to Go Big on Your Next QLED HDTV Purchase 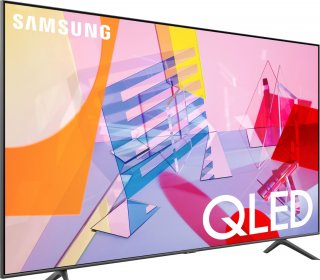 In today’s cutthroat high-end HDTV market, it arguably has become a two-person race between Samsung’s QLEDs and LG’s OLEDs.

They both provide tremendous picture quality that seems to be getting better as each year passes. Right now, however, OLEDs do have an edge based on their next-generation self-emissive pixel technology, but know that QLEDs aren’t that far behind.

The one important aspect where QLEDs undoubtedly rule is their ability to offer affordable pricing on 75-inch-plus HDTVs. Once you get into those mammoth sizes on OLEDs, you’re likely talking anywhere between $5,000 and $10,000 per set—price points that most consumers just can’t swing.

According to the research firm The NPD Group, compared to a year ago, sales of HDTVs bigger than 65 inches witnessed a staggering jump of 77 percent in the April-June period.

Samsung, the world’s biggest TV manufacturer since 2006, also noted that its HDTVs larger than 75 inches are now more popular than ever, and sales will increase by 17 percent. The story is similar for 8K HDTVs, as the Korean tech giant is expecting sales to skyrocket 110 percent.

So, if you’re all about following the latest trends in the tech world, it’s now more affordable than ever to go big on your next QLED purchase. Here are five good reasons why you should make that jump.

Up first is next-level realism. In short, the bigger your TV’s panel, the easier it is to appreciate its picture quality. Just keep in mind that the larger the TV, the more important its resolution becomes. An ultra-high-resolution TV like Samsung’s 8K QLED packs 33 million pixels into its screen—and this high resolution makes pixels imperceptible on such a large-panel set.

No. 2 on the list is watching movies. Especially considering what’s going on in the world right now, everyone would love to have a theater experience from the comfort of their living room. And with a big-screen, high-resolution TV, this can surely be accomplished without going too much into debt. Also, the amount of content available is seemingly endless, as more and more companies try to enter the streaming business.

Any discussion regarding big screens needs to mention gaming. We all know that today’s video-game consoles are incredibly powerful, and will be even more so when the next-generation offerings come out from Sony and Microsoft. When these consoles are paired with a big-screen TV, the on-screen action—from first-person gameplay to pick-and-rolls on a basketball game—becomes even more immersive.

In sticking with the sports theme, there is nothing better than watching your favorite team kick some butt on a big-screen TV. That huge panel really does transform your couch into the best seat in the house. And at times, you might even forget that you’re really not at the ballpark.

Finally, edutainment will get even more exciting. With so many students learning and studying remotely in recent months, TVs have become a valuable tool for in-home education. And with big-screen panels, children might stay more engaged with their school lessons and projects.