Who Needs OLEDs and QLEDs? Here Are 5 Other TVs You Can Buy 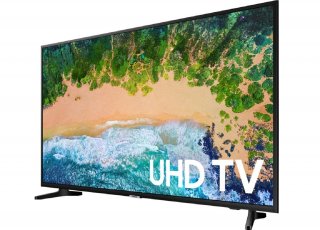 OLED and QLED HDTV offerings tend to garner the most attention, but that doesn’t mean that there aren’t any other solid options available.

You just have to broaden your view a bit and not just take cues from the weekly Best Buy and Target ads. Keep in mind that these sets may not achieve the level of visual goodness of their OLED and QLED counterparts, but they do get the job done for most people’s viewing needs—and you’ll save plenty of cash to boot.

So, if you’re not particularly interested in investing in an OLED or QLED TV and are in the market for a cheaper option, here are five to consider.

For less than $250, be sure to check out Insignia’s 43-Inch 4K Fire TV Edition. Insignia, as Best Buy’s TV brand, is sort of like the Frankenstein of the TV world. As the brand often uses parts from past-year versions of LG, Toshiba and Samsung TVs, sometimes you don’t exactly know what you’re getting, but as always, they do appeal to the budget-conscious consumer.

This particular TV is a great place to start for younger consumers who want to check out Best Buy’s offerings. It really is a solid smart TV, and while the picture quality won’t necessarily blow you away, it is more than passable for everyday TV watching. Moreover, the set’s color gamut and accuracy beats those of other Amazon-powered TVs, which give you access to your favorite apps like Netflix, Hulu and HBO, as well as obviously Amazon Prime Video.

TCL’s 4- and 5-Series land on the list as Nos. 2 and 3. If you’re looking to spend only half of what you would normally shell out for a QLED TV, these two sets can fit the bill—as there is a hundred-dollar difference between the two and they start at under $400.

Even at these bargain-bin prices, you’re still getting a 4K TV with solid picture quality, wide color gamut, low input lag and great response and processing time. The contrast ratio and black levels and uniformity have also been highly praised—just not at those much-vaunted OLED levels. Perhaps, best of all, if you’re one of the millions who love Roku, you’re definitely in luck because it comes built-in.

Next up is LG’s 65-inch NanoCell HDTV. Currently on sale for about $850, this really is a nice runner-up option if you can’t financially commit to an OLED HDTV. Previously called Super UHD, NanoCell employs a light-absorbing filter that removes unwanted wavelengths of light to offer more precise color reproduction. The set also boasts an array of strong features, such as HDR10, HLG, Dolby Atmos and Dolby Vision HDR.

One of the best deals going on right now is Hisense’s 70-inch 4K Roku TV, which is on sale for $510. You will definitely not find a cheaper price tag for a 70-inch-plus HDTV. This model features the always-important Dolby Vision and HDR10 support. If that isn’t enough, you’ll get plenty of content choices with the highly recommended Roku operating system, which along with Android TV and LG’s webOS, is considered one of the top smart TV platforms out on the market right now.