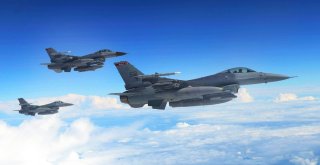 IN SOME respects, the Russo-Ukrainian War has brought the United States back to the future. Once again, America finds itself confronting two aggressive major powers. Yet unlike during the Cold War, it is China, rather than Russia that poses the most serious long-term threat to the United States. Moreover, China is now a major nuclear power. Indeed, it has eclipsed both Britain and France and not only boasts the world’s third-most powerful strategic nuclear force, but continues to add to its force levels. Finally, whereas the Soviet Union was never a major economic player, economists predict that it is only a matter of time, perhaps less than two decades, before China overtakes the United States to become the world’s leading economic power.

There have been numerous other changes in the international environment since the end of the Cold War, when America stood alone as the world’s colossus, or as then-French foreign minister Hubert Vedrine derisively termed it in 1998, the world’s “hyperpower.” America found itself in a seemingly endless war with what it termed “terrorism,” meaning, in the main, radical Islamic extremists. Its ill-fated war in Iraq resulted in Iranian domination of that country, as well as in the rise of ISIS, which was beaten back but remains a dormant virus ever ready to threaten America and its allies. Washington’s war in Afghanistan dragged on for two decades, only to result in the triumph of its arch-enemy, the Taliban, and in what could only be termed a humiliating retreat from that country. Finally, North Korea, America’s sworn enemy for over six decades, poses an ever-increasing menace to the American homeland with both its nuclear and long-range missile programs.

America’s citizens, and its economic and political interests throughout the world, continue to require protection in the face of these and lesser threats. Yet the changes that have taken place over the course of the twenty-first century mandate that it cannot afford to provide that protection all on its own. It can only defend its worldwide interests if it maintains, or indeed expands, its current worldwide network of allies and partners.

Since the end of World War II, the United States has benefitted from its ability to base “forward” forces permanently in Europe, East Asia, and the Middle East. In virtually all cases, host countries have made significant contributions to the cost of maintaining these forces. In addition, major allies such as Britain, France, Australia, and Japan, have significant military capabilities that would supplement those of the United States. Finally, there has always been an unwritten agreement that underlay these forward deployments: American deterrence of potential threats to the host states also meant that if war did break out, it would be fought on their territory rather than that of the United States.

On the other hand, in the absence of allies and forward basing, what could be termed an “America alone” strategy, Washington would have to provide defenses against not only the strategic nuclear threat to American territory that in one form or another has existed since the early 1950s. It also would have to protect its territory from conventional threats as well. American territory abuts Russia; it also extends out to Guam in the Western Pacific. It also would have to find ways to protect its citizens and economic interests in Europe, the Middle East, and elsewhere.

A policy of total retrenchment to the nation’s borders would require a massive defense buildup that would significantly increase current budget levels, which themselves are approaching twice the size of the defense budget at the beginning of this century. The Navy, in particular, would require a significant inflow of funds. In the absence of allies to supplement its forces, and lacking forward bases that would host many of its ships, the Navy would have to bear the burden of protecting American trade routes all on its own. It simply could not do so with its current shrunken force level of some 285 ships including eleven aircraft carriers.

In order to maintain a deterrent presence in the Mediterranean, the Indian Ocean, the Western Pacific, and possibly the Arctic as well, the Navy would require at least four full-time forward-deployed carriers. These carriers would require support from at least sixteen more since at any time some would be in transit or overhaul. Carriers now cost approximately $17 billion; to field a steady-state force of twenty carriers would therefore cost about $340 billion, or more than nearly half the current fiscal year 2023 defense budget request. And that only the cost of the carriers; their air wings, and escorts, as well as the attack submarine force, would also require additional funding beyond current levels.

The Air Force would likewise require a major force increase, since it too would lose air bases ranging from Ramstein in Germany to Kadena in Japan, to al-Udeid in Qatar. An increase in fighter aircraft would have to be accompanied by an increase in tankers, as well as unmanned aerial systems. Overseas bases that would be available to the Air Force, notably Anderson Air Force Base in Guam, would also have to undergo expensive expansion to support a larger force; yet it is arguable that Guam has already reached its capacity for taking on additional military forces.

In the absence of overseas bases, the Army would also have to expand. It, too, may be called upon to protect American interests in remote locales. For similar reasons, the Marines would also have to add to their force levels. Finally, despite these additional costs, there would be no room for decreases in strategic nuclear forces, cyber capabilities, space operations, and intelligence operations.

America cannot afford a doubling of current defense expenditures. To avoid such a major budget challenge, it must not only maintain its alliances, but also retain its bases, and expand its ties to its partners. Indeed, in the face of potential threats not only from so-called “peers” but from other long-standing enemies ranging from North Korea to Iran, it not only must sustain its longstanding relationships, but it must also deepen its ties to friendly states.

America does not have to be, nor should it be, the world’s gendarme. Nor should it act as a moral arbiter, and employ its forces to support putatively high-minded ideals. But it does have to be able to police its own interests and protect its people wherever they are to be found. It can no longer do so on its own, if ever it could. It needs the world as much as so many in the world still feel they need America. “First” is a relative term, it requires a second, a third, and so on. America cannot be “first” if it is America alone.