This Is No Time to Disengage from Afghanistan’s War 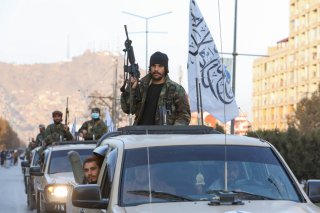 With the fall of the Afghan government and the rise of the Taliban throughout the country in August 2021, the Taliban and its supporters created the narrative that the conflict in Afghanistan was finally over after nearly half a century. But this was a false claim; it was merely an excuse for individuals and countries to disengage themselves from Afghanistan. Understandably, the international community is exhausted after its long engagement in Afghanistan’s conflicts, but the conflict is not over. Instead, it has only transformed into a new form, and this time, the extent of the damage to Afghanistan, the region, and the world is bloody, deep, and irreparable.

The fifty-year-old conflict in Afghanistan has undergone four stages. That is, the nature of the conflict has evolved every decade. The first stage (1973-1991) revolved around the ideological war. This had two parts: one was over ideological, academic, and scientific discourse, with rallies in the major cities, while the other involved the armed struggle against Socialist rule and the 1979 Soviet invasion of Afghanistan. The second stage, between 1991 and 2001, revolved around two main features: the ultra-rightists (the Hizb Islami and the Taliban) and the moderate rightists (the Islamic State of Afghanistan), and the war among Afghanistan’s ethnic groups to seize and balance power. In the third stage, which took place between 2001 and 2021, the war was for the fair and just distribution of power over monopolizing power. The U.S. and NATO intervention in Afghanistan created an environment of struggle through political means (in Kabul) and fighting (against the Taliban). And finally, in the fourth stage, from 2021 onward, the political means to struggle for the just and fair distribution of power brought Afghanistan into a state of total war.

Today, religious war, ethnic war, proxy war, and mafia war are occurring in Afghanistan—in traditional and modern ways. The variables involved, the groups’ various goals, and the involvement of other countries are much wider than in previous periods.

Contrary to popular belief among foreign analysts, the fall of Afghanistan to the Taliban was not welcomed by different armed groups from the beginning. The ultra-extremist, armed current of the Islamic State of Khorasan (ISIS-K) and the moderate, nationalist front of the Tajiks of Afghanistan—named the National Resistance Front—remained resistant in their mountainous and impassable sanctuaries, fighting the Taliban’s rule.

ISIS-K has carried out its mission from the very beginning of the Taliban’s rule, calling the Taliban government a puppet of the United States and other outsiders, often by pointing to the 2020 Doha agreement. ISIS-K has carried out suicide attacks and bombings, based on “the new war methods,” against its Islamist opponent, the Taliban. The deadly attack around Kabul airport in the first week of the Taliban’s rule marked the beginning of ISIS-K's rejection of the Taliban. Several major terrorist attacks were conducted by ISIS-K in the eight months since the Taliban took power. The chain of attacks has continued, with an April 19 ISIS-K attack leaving a large number of casualties at the Abdulrahim Shaheed High School in Kabul.

As the Taliban’s traditional enemy and primary opposition, the National Resistance Front (NRF) has also emerged as a potential threat to the Taliban’s rule. The NRF’s leaders and commanders—such as Mohammad Ismail Khan in the western city of Herat, Atta Mohammad Noor in the northern city of Balkh, and other commanders in Takhar, Parwan, and other provinces—joined paramilitary forces outside of the Afghan National Army. Abdul Ghani Alipur of central Hazarajat and General Dostum in northwestern Afghanistan also stood against the Taliban as allies of resistant forces. The NRF’s most serious front was led by Ahmad Massoud, son of the late Ahmad Shah Massoud, in Panjshir and Andarab in the mountainous regions of central-northeastern Afghanistan. Massoud’s forces are still resisting today and are gradually expanding their fronts and size.

According to a SIGAR report, the NRF’s resistance has led former Afghanistan National Defense Forces commanders and soldiers to join them. In parallel, other guerrilla fronts were formed, most notably the Afghanistan Liberation Front (ALF). Moreover, media propaganda in other parts of Afghanistan makes claims about other fights against the Taliban and the formation of new fronts.

But resistance to the Taliban’s rule is not limited to the armed fronts. In Afghanistan's major cities and urban areas, democratic forces, youth, women, and members of the media and civil society continue to break the taboo of “Talibanphobia” as they struggle to establish a more liberal society, despite being excluded from government and the Taliban’s pressure and threats of death and imprisonment.

For the first time, Afghan intellectuals are discussing Afghanistan’s disintegration. Hamdullah Moheb, a former adviser to former President Mohammad Ashraf Ghani, claimed in an interview after the government’s collapse that the Haqqani-Taliban leaders were publicly opposed to Afghanistan’s partition. But they also remain against adopting federalism in Afghanistan. Therefore, negotiations to resolve the conflict in Afghanistan will continue for the foreseeable future.

The countries involved as warring parties in the first, second, and third phases of Afghanistan’s conflict cannot afford to disengage from the country. In fact, it should top their diplomatic and security agendas. The Russo-Ukrainian War should not overshadow the Afghanistan conflict, as the latter will not only unleash more dreaded terrorist organizations and irreparable disasters in Afghanistan but throughout the region and wider world as well.