Russia’s War Has Created Opportunities for Biden to Go Big 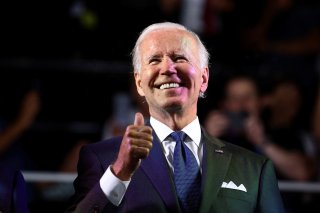 Europe’s largest country, Russia, has invaded its smaller neighbor Ukraine in what has become the biggest war in Europe in seventy-five years. Asia’s largest country, China, is tacitly supporting Russian president Vladimir Putin’s war and is increasingly aggressive itself: China has increased its military pressure on Taiwan, absorbed Hong Kong in violation of the 1984 Sino-British treaty, militarized the South China Sea, provoked several confrontations with the navies of neighboring countries, and killed twenty Indian soldiers in a 2019 land border clash.

In response to this much more dangerous geopolitical reality of a world beset by two powerful and aggressive dictatorships, countries around the world are making political U-turns to increase their security. The Biden administration should consider its own bold political moves to strengthen America’s security.

During Angela Merkel’s sixteen years as chancellor and before, Germany’s Russia policy was dominated by the concept of Wandel durch Handel—change through trade. This idea held that economic interdependence would cause dictatorial Russia to soften its oppression at home and aggressive actions abroad. This doctrine—which also applied to Germany’s China policy—had the added benefit of being good for German business. Simultaneously, perceiving a diminished Russian threat after the end of the Cold War, Germany reduced its defense spending to close to 1 percent of GDP. The number of Bundeswehr tanks, for example, dropped from 5,000 at the end of the Cold War to 266 in 2022.

But Russia’s invasion of Ukraine has sparked a Zeitenwende—a major turning point in history. Putin’s war forced Germans to confront the reality that just two hours by plane from Berlin a European country is fighting desperately for its sovereign existence against an invading army that murders civilians and flattens cities.

With broad support from the German people, the governing coalition of Social-Democrats, Greens, and Free-Democrats reacted quickly and with dramatic changes. Key German politicians now concede that Germany must assume a leadership role in Europe, including in military affairs. Germany announced plans to almost double military spending and to send weapons to Ukraine—a massive change from Merkel’s fruitless attempts at dialogue to end the 2014 Russia-instigated crisis in Ukraine.

On the energy front, with the support of the environmentalist Green party, Germany has taken steps to significantly reduce its dependence on Russian energy—an estimated 50 percent at the end of 2021. Germany is postponing its clean energy plans and will use fossil fuels like liquefied natural gas and coal from non-Russian sources. Even nuclear energy is being proposed in “no taboos deliberations“ on German energy policy.

Just three years after President Emmanuel Macron declared NATO “brain dead,” Putin’s war energized an alliance many thought was drifting into irrelevance. American presidents from Dwight Eisenhower to Donald Trump have complained that NATO countries have not spent enough for their own defense. In 2014, just three of the twenty-eight NATO countries met the target of spending 2 percent of their GDP on defense. Today, that number is nine, and the others have clear plans to reach that threshold by 2024. At the recent NATO summit in Madrid, several member countries even talked about increasing their spending to 2.5 percent and 3 percent of GDP.

The number of members in the alliance is growing, too. Citizens in neutral Sweden and Finland are newly in favor of joining NATO and their leaders have applied for membership. These countries will only strengthen NATO: Finland is already above the 2 percent defense spending threshold and Sweden plans to get there by 2028. And in another major change welcomed by America, NATO’s new Strategic Concept reflected a new consensus that China is a strategic threat that the alliance must also address.

Japan’s American-drafted constitution after World War II committed the country to pacifism and only allowed its armed forces to act in self-defense. But rising military threats in recent decades from China, Russia, and North Korea have moved its public opinion and political class toward greater military preparedness and flexibility. Legislation passed by the Diet in 2015 reinterpreted the constitution to allow Japan’s military to act overseas in “collective self-defense” with allies.

Putin’s war, Xi Jinping’s tacit support for it, and growing Chinese pressure on Taiwan have pushed Japan to move even further. At the end of April, with broad public support, Japan’s government announced its decision to double Japan’s defense budget to 2 percent of its GDP, or $106 billion, making it the third-largest military budget in the world.

The Biden administration got several things right after the Russian invasion. It has provided critically important military, economic, and diplomatic support to Ukraine. It has led NATO’s strong support of Ukraine and coordinated a global economic sanctions campaign against Russia. And it has been firm in warning China not to break international sanctions against Russia or offer it military support.

These policies are in the bipartisan tradition of American foreign policy and consistent with positions that President Joe Biden espoused during his campaign and since.

But the Biden administration can go further. Like other governments around the world, it could use this profound crisis to consider bold changes in direction to increase America’s security.

The administration may want to revisit the Biden Doctrine which holds that the defining issue of our time is the struggle between democracy and autocracy. The doctrine was unpersuasive before the Ukraine crisis and even more so after it. America’s gravest foreign policy threats do not come from autocracy in general but from China and Russia in particular. The problem with China and Russia is not that they are dictatorships but that they are powerful, aggressive, and expansionist dictatorships that threaten U.S. interests through their use of military and economic coercion, unfair business practices, and disturbance of the peace throughout the world.

The Biden administration has criticized several friends and allies for flaws in their democracy: Poland, Turkey, India, Thailand, and the Philippines among them. And several non-democracies for their human rights record: Vietnam and Saudi Arabia, for example.

But these countries and others like them are important strategically to the United States in its confrontation with China and Russia.

Instead of lobbing public criticism at strategically important partners, the United States could revive the Cold War concept of the Free World—defined in our time as all countries seeking to remain independent of Chinese and Russian control, whether democracies or not. This concept was embraced during the Cold War by presidents of both parties and should be used anew. America could continue to promote democracy but through quiet diplomacy.

The president was clear during his campaign that he plans to “transition” away from the fossil fuel industry and lead America into a clean energy future. His administration has been implementing this promise by canceling the Keystone XL Pipeline, restricting leasing on federal lands and off-shore drilling, imposing tougher regulations on methane emissions, eliminating some fossil fuel subsidies, proposing policies that make energy production more expensive, and introducing U.S. Securities and Exchange Commission-mandated climate-related financial disclosures.

These policies have contributed to the perception that the Biden administration discourages the growth of U.S. oil and gas production. This in turn contributed to gasoline prices climbing to their highest level ever and U.S. inflation to its highest level in forty years. American consumers are hurting, and the U.S. economy may fall into recession.

But there are also important national security and foreign policy considerations here. The Biden administration has tried to mitigate the problem with imports from Saudi Arabia and even from Venezuela. And it has approached Qatar to help supply LNG to a Europe anxious to reduce Russian gas imports.

These policies raise several puzzling questions. Since climate change is a global phenomenon, why is it better if oil and gas are produced in Venezuela, Saudi Arabia, or Qatar instead of America? Why increase business dealings with autocracies (in contradiction to the Biden Doctrine) when the United States could produce more hydrocarbons at home? Why not create opportunities for American energy workers instead of foreign workers?

The Biden administration may be inspired by the Greens in Germany, who since Putin’s invasion have undertaken an extraordinary short-term energy policy pivot without abandoning their long-term renewable energy aspirations. Closer to home, Larry Summers, who served as treasury secretary under former President Bill Clinton and director of the National Economic Council under former President Barack Obama, suggests an “all-in, more energy supply approach that emphasizes freeing up fossil fuels in various ways in the short run and making, with government support, the ultimate pivot to renewables.”

On how to get more oil and gas production, we could listen to fracking pioneer Harold Hamm. He recommends opening federal lands for energy development and supporting energy infrastructure, including pipelines, to increase our energy supply and ability to export to allies.

Importantly, any “all-of-the-above” U.S. energy plan should include increased nuclear capacity. America derives today about 20 percent of its total energy from nuclear. But several countries are at around 30 percent, including Sweden, Finland, and South Korea, while Belgium is at 50 percent and France at 70 percent.