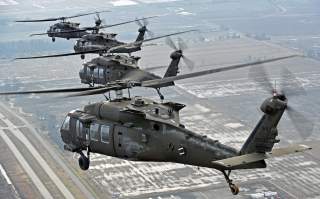 Key point: The Pentagon is at a crossroads.