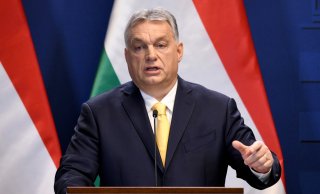 Hungarian officials reacted with anger on Thursday after the European Parliament, the legislative branch of the European Union (EU), passed a resolution condemning the country’s slide toward authoritarianism under the right-wing populist Fidesz party and longtime prime minister Viktor Orban.

The resolution, which MEPs approved 433 votes in favor to 123 opposed, approved a parliamentary report describing Hungary as a “hybrid regime of electoral autocracy” rather than a “full democracy” and claimed that the country had slid back on most democratic indicators following “deliberate and systemic efforts of the Hungarian government.” It described the Hungarian system as a “serious breach” of the international organization’s democratic norms and raised objections to Budapest’s lack of judicial independence, attacks against academic and press freedom, and restrictions on LGBT rights.

The report also condemned the lack of action by the European Union’s bureaucratic institutions—including the European Commission, its collective head of state—claiming that it had allowed conditions in Budapest to deteriorate.

Hungarian foreign minister Peter Szijjarto condemned the EU resolution, accusing the organization of “belittling” Hungarians and observing that his country’s voters had “decided in four parliamentary elections in a row what kind of future they want for the country” by approving Orban’s government.

“I consider it an insult against [the Hungarian people] if someone questions Hungary’s capacity for democracy,” Szijjarto said. “We resent that some people in Strasbourg and Brussels [the EU’s two capitals] think that the Hungarian people are not mature enough to decide their own future.”

The resolution is largely symbolic, does not attempt to impose penalties on the Hungarian government, and does not require any EU member states to take action against Hungary. The declaration would in any case have little impact on the EU’s governance, as most high-level decisions affecting the whole bloc—such as the recent imposition of sanctions against Russia following its invasion of Ukraine—require the unanimous consent of all twenty-seven member states, including Hungary.

Over the past half-decade, Hungary has grown further apart from the rest of the EU after several high-profile clashes between the organization’s representatives and Hungarian officials. Following Russia’s invasion of Ukraine, Brussels has also expressed mounting frustration over Orban’s relatively cordial relationship with Russian leader Vladimir Putin. While Budapest has largely adhered to the rest of the bloc’s line on Ukraine-related issues, including sanctions against Russia and Swedish entry into NATO, it only supported EU sanctions packages after it received a guarantee that it would be exempted from restrictions on Russian oil and gas purchases.